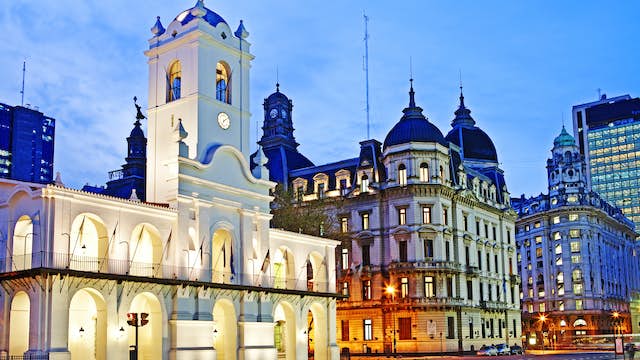 Surrounded by the Casa Rosada, the Cabildo and the city’s main cathedral, Plaza de Mayo is the place where Argentines gather in vehement protest or jubilant celebration. At the center is the Pirámide de Mayo, a white obelisk built to mark the first anniversary of independence from Spain.

If you happen to be here on Thursday at 3:30pm, you’ll see the Madres de la Plaza de Mayo gather and circle the pyramid, holding photographs of their missing children. These mothers of the 'disappeared’ (Argentines abducted by the state during the military dictatorship of 1976 to 1983) continue to march as a reminder of the past and for other social justice causes.