The undisputed ‘capital’ of the North Carolina mountains, Asheville is both a major tourist destination and one of the coolest small cities in the South. Cradled in a sweeping curve of the Blue Ridge Pkwy, it offers easy access to outdoor adventures of all kinds, while downtown's historic art-deco buildings hold stylish New Southern restaurants, decadent chocolate shops, and the homegrown microbreweries that explain the nickname 'Beer City.'

Despite rapid gentrification, Asheville remains recognizably an overgrown mountain town that holds tight to its traditional roots. It’s also a rare liberal enclave in the conservative countryside, home to a sizable population of artists and hard-core hippies. Alternative Asheville life is largely lived in neighborhoods such as the waterfront River Arts District and, across the French Broad River, West Asheville. Remarkably enough, the French Broad River is the world's third-oldest river, its course laid before life on Earth even began.

Show all
Show all attractionsMore in Asheville 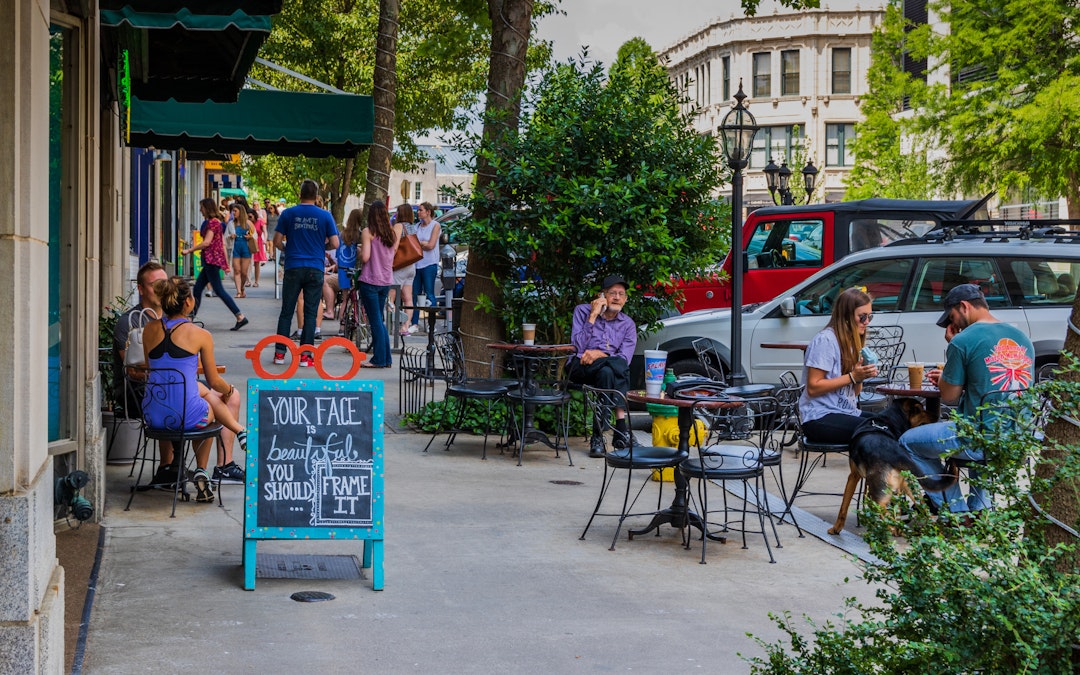 Asheville's best parks and gardens to enjoy this summer

Whether you’re a fan of live music, a nature lover or an outdoor adventurer, beautiful parks and green spaces await you in Asheville, North Carolina.

These are our favorite local haunts, touristy spots, and hidden gems throughout Asheville.