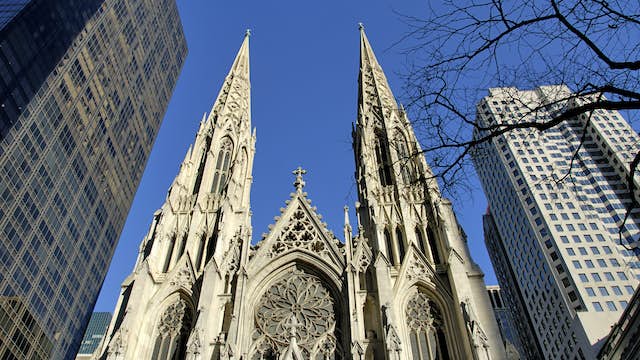 America's largest Catholic cathedral graces Fifth Ave with Gothic Revival splendor. Built at a cost of nearly $2 million during the Civil War (and spiffed up with a $200 million restoration in 2015), the building did not originally include the two front spires; those were added in 1888. Step inside to appreciate the Louis Tiffany–designed altar, gleaming below a 7000-pipe church organ, and Charles Connick's stunning Rose Window above the Fifth Ave entrance. Occasional walk-in guided tours are available; check the website for details.

A basement crypt behind the altar contains the coffins of every New York cardinal and the remains of Pierre Toussaint, a champion of the poor and the first African American up for sainthood.