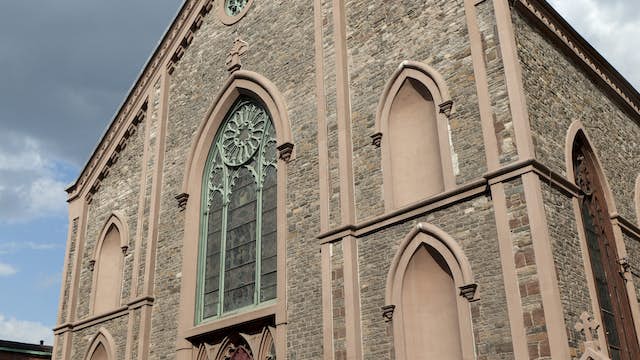 Though St Patrick’s Cathedral is now famously located on Fifth Ave in Midtown, its first congregation was housed here, in this restored Gothic Revival church. Designed by Joseph-François Mangin and constructed between 1809 and 1815, the church was once the seat of religious life for the Archdiocese of New York, as well as an important community center for new immigrants, mainly from Ireland.

When the church was built, the city hadn't yet spread this far north and the building's calculated isolation was a welcome relief from the hostility of New York's Protestant majority. Anti-Catholic sentiments also led to the construction of the church grounds' brick wall, an attempt to hinder stone-throwers.

The church and its beautiful graveyard feature in Martin Scorsese's celluloid classic Mean Streets (1973). It's a spot well-known to the Italian-American auteur, who grew up in nearby Elizabeth St.