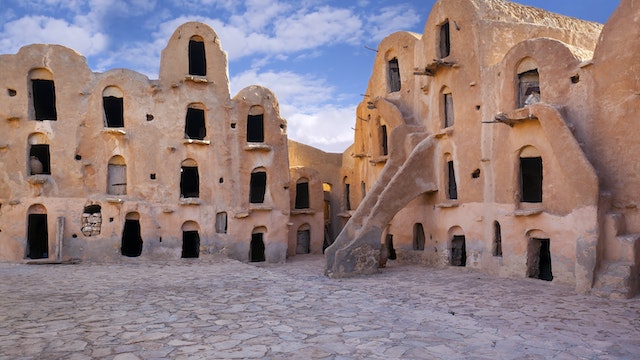 The ghorfas (long, barrel-vaulted rooms built to store grain) of Ksar Ouled Soltane rise a dizzying four storeys around two courtyards and are one of southern Tunisia's architectural highlights. Scenes from Star Wars film The Phantom Menace were shot here, when they stood in for part of the slave quarters where Anakin Skywalker grew up. The site has been renovated to give visitors a sense of how it would have appeared when first built.

If some of the restoration seems a bit concrete-y in places, it's nevertheless better than the collapsed arcade in one part of the second courtyard.