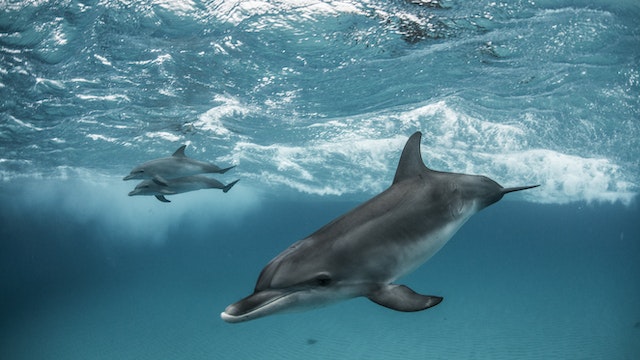 Looking like something Gaudí might have created on a tropical holiday, this astonishing house is the lifelong labor of Bimini historian and poet Ashley Saunders. Born on the site (all the surrounding houses belong to the Saunders family), Ashley was inspired by swimming with wild dolphins, and has been building this 'tribute' to them since 1993. Think of it as a shell trinket box on a monumental scale; it's one of the most unique sights in the Bahamas, and well worth a trip if you're in the Bimini Islands.

Closer to Miami than Nassau, this pocket-sized paradise comprises North, South and East Bimini and a scattering of private and uninhabited islets. To find Dolphin House, head to Alice Town on fishing hook-shaped North Bimini, the largest island in the group. This slightly haphazard but good-natured island town is an easy BS$5 bus and ferry ride from the airport on South Bimini, and it also has some budget places to stay – a rare find in this group of islands. Sea Crest Hotel is the pick of the cheapies.

Dolphin House lies inland from the shore, near the big game fishing marina. Plastered with dolphin mosaics, sea glass, shells, Lucayan artifacts, coconut-rum bottles, pickled-sausage jars and every conceivable type of flotsam and jetsam, it's absolutely unique and quite beautiful. There's a historical precedent for this assembly of found objects – the Saunders family have lived in the Biminis for five generations and once made a living scavenging from shipwrecks.

Downstairs you'll find a museum filled with salvaged ephemera such as a brass naval cannon from an 18th-century British wreck, photos of Ernest Hemingway having his hair cut, conch shells used by the islands' pre-colonial Lucayan inhabitants, copper from a pirate ship and countless other random objects. There's also a gift shop, where you can get both volumes of Ashley's written history of Bimini. The Hemingway photos hark back to the 1930s, when 'Papa' used to come this way to wrestle with marlin and other big game fish, renting a small cottage called Blue Marlin near Brown's Marina.

If you feel inclined to follow in Hemingway's footsteps, local fishing boat operators can equip you with a rod and tackle and take you out in pursuit of sharks, sailfish, swordfish, marlin and more. A good place to start is the Bimini Big Game Club, a tasteful, 1950s resort that attracts shoals of anglers in season. To preserve fish populations, tag and release is the way to go. You can also dive some interesting local sites (including sandbars frequented by hammerhead sharks) with Neal Watson’s Bimini Scuba Center.

Getting to Dolphin House & North Bimini

The islands of the Bahamas are widely scattered, so getting around can be complicated and expensive. Set midway between Nassau and Florida, the Biminis are best reached via a 30-minute flight from Nassau, Miami or Fort Lauderdale. Alice Town is the best hub for independent travelers; the swanky Resorts World complex attracts high fliers on all-inclusive packages.