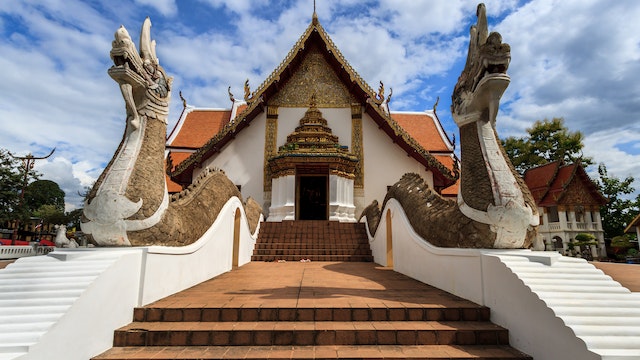 Nan’s most famous Buddhist temple is celebrated for its exquisite murals, executed during the late 19th century by a Thai Lü artist named Thit Buaphan. The exterior of the temple takes the form of a cruciform bòht (ordination hall) that was constructed in 1596 and restored during the reign of Chao Anantavorapitthidet (1867–74). The ornate altar in the centre of the bòht has four sides, with four Sukhothai-style sitting Buddhas facing in each direction.