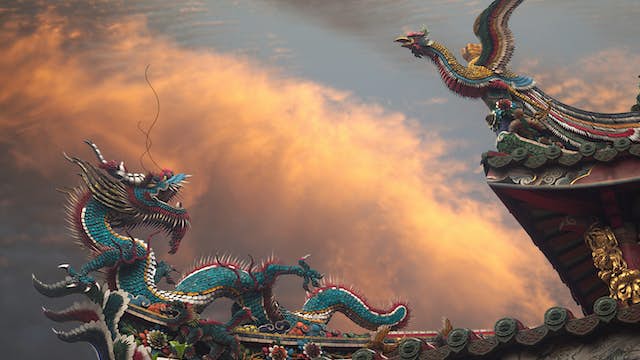 Founded in 1738 by Han immigrants from Fujian, this temple has served as a municipal, guild and self-defence centre, as well as a house of worship. These days it is one of the city's top religious sites, and a prime venue for exploring both Taiwan's vibrant folk faith and its unique temple arts and architecture. The temple can get very congested with tourists; try coming early in the morning (before 8am) or late in the evening (after 8pm) to avoid the crush.

Longshan is dedicated to the bodhisattva of mercy, Guanyin, though in true Taiwanese style there are over 100 other gods and goddesses worshipped in the rear and side halls. Matsu, goddess of the sea, is enshrined in the back centre; Wenchang Dijun, the god of literature, to the far right (come during exam period to see how important he is); red-faced Guan Gong, the god of war and patron of police and gangsters, is enshrined to the far left; and in front of that is the Old Man Under the Moon, known as the Matchmaker or the Chinese Cupid.

As with most temples in Taiwan, Longshan has been rebuilt multiple times after destruction by earthquakes, typhoons and even bombing in the last days of WWII. The present structure (with elements from the masterful 1920s and post-WWII reconstructions) doesn't have the same flow and elegance as Bao'an Temple, but it is still an impressive structure with sweeping swallowtail eaves, colourful jiǎnniàn (mosaic-like temple decoration) figures on the roof, and elaborate stone- and woodcarvings.

Check out the two-of-a-kind bronze pillars outside the front hall and the incense holders outside the main hall. The handles depict a common temple motif: The Fool Holding up the Sky. The western-style appearance of the 'fools' is no coincidence. They are said to represent the Dutch (or sometimes Dutch slaves), who occupied Taiwan in the 17th century.

The best times to visit Longshan are around 6am, 8am and 5pm, when crowds of worshippers gather and engage in hypnotic chanting. Or try Guanyin's birthday on the 19th day of the second lunar month, or the weeks before and during Lunar New Year.