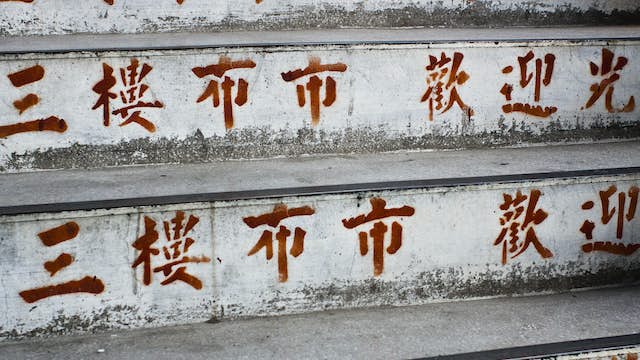 This former 'Centre Street' has long been known for its Chinese medicine shops, fabric market and lively Lunar New Year sundry market. It has attracted numerous restoration and cultural projects and is now a magnet for young entrepreneurs, eager to breathe new life into the neighbourhood with cafes, restaurants, art studios and antique shops.

Thankfully, this gentrification hasn't squashed the original atmosphere – fancy ceramic shops sit side by side with long-term tenants selling sacks of dried mushrooms and agricultural produce.

Díhuà Jiē was constructed in the 1850s. Merchants from the Wanhua area were on the losing side of an ethnic feud (over different groups' ancestor origins – all too common in Taiwan's history), and fled to Dadaocheng (now a neighbourhood inside Datong). The merchants prospered here while the Wanhua port, further downstream, eventually silted up. Some might say they got their revenge.

After Taiwan's ports were opened following the Second Opium War (1856–60), western tea merchants flooded into the area and built handsome mansions and trading stores. Later, during the Japanese era, baroque and modernist architectural and decorative touches were added to many shops, making Dihua Taipei's most historically diverse street. The first house/shop on the street is at 156 Dihua St, Sec 1. Notice its low profile and narrow arcades. Further up the street, near Mingquan W Rd, are typical shops from the late 19th century with arched windows and wide arcades. Closer to Yongle Market are the western-style merchant houses and shops renovated during Japanese times.

On the 8th and 9th floors of Yongle Market is DaDaoCheng Theater, a popular venue for traditional performances.

Note: the Lunar New Year bazaar here is extremely bustling and popular. If you don't like crowds, it is best to avoid this area.