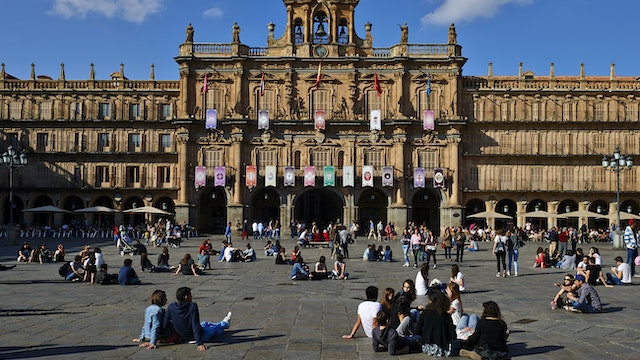 Built between 1729 and 1755, Salamanca's exceptional grand square is widely considered to be Spain's most beautiful central plaza. It's particularly memorable at night when illuminated (until midnight) to magical effect. Designed by Alberto Churriguera, it's a remarkably harmonious and controlled baroque display. The medallions placed around the square bear the busts of famous figures.