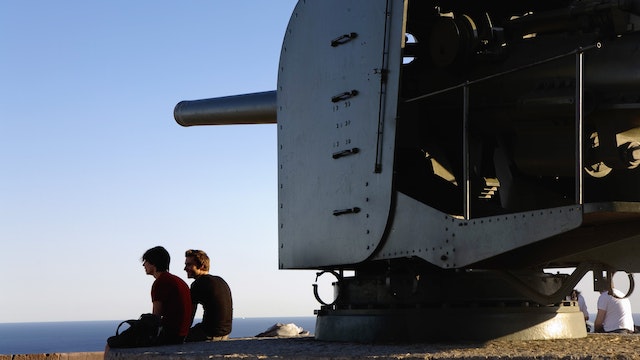 Enjoying commanding views over the Mediterranean, this forbidding fortress dominates the southeastern heights of Montjuïc. It dates, in its present form, from the late 17th and 18th centuries, though there's been a watchtower here since 1073. For most of its dark history, it has been used as a political prison and killing ground. Anarchists were executed here around the end of the 19th century, fascists during the civil war and Republicans after it – most notoriously Republican Catalan president Lluís Companys in 1940.

The castle is surrounded by pines, palms and a network of ditches and walls; as you wander the walls, its strategic position over the city and port becomes clear. A multilanguage exhibition space off the sprawling Pati d'Armas explains the history of the site, with archaeological finds from prehistoric days to its role as medieval beacon and its later days as a strategic bastion. Most interesting (and disturbing) is the exhibition devoted to the imprisonments, trials and executions that happened here.

One-hour guided visits (adult/child €9/7 including entrance) in various languages visit otherwise off-limits areas such as the cistern and the dungeons, where graffiti etched into the walls by 19th-century prisoners was recovered in 2018.

The views over the sea, port and city below are the best part of making the trip up here; around the seaward foot of the castle is an airy walking track, the Camí del Mar, which offers breezy views of the city and sea.