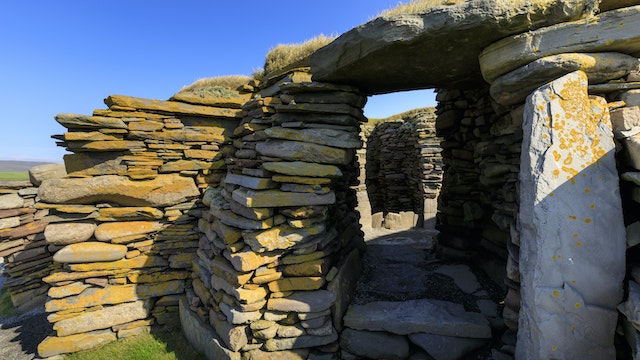 Old and new collide here, with Sumburgh airport right by this picturesque, instructive archaeological site. Various periods of occupation from 2500 BC to AD 1500 can be seen; the complete change upon the Vikings' arrival is obvious: their rectangular longhouses present a marked contrast to the preceding brochs, roundhouses and wheelhouses. Atop the site is 16th-century Old House, named ‘Jarlshof’ in a novel by Sir Walter Scott. There’s an informative audio tour included with admission.