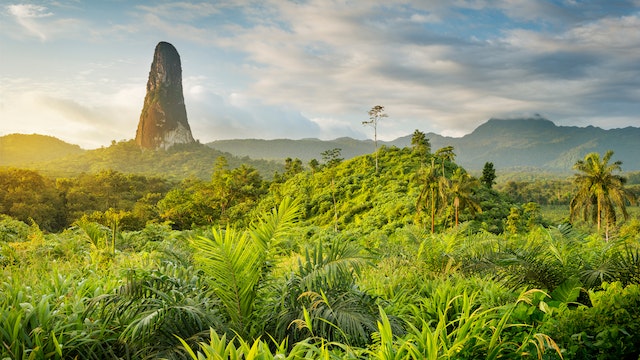 The Great Canine is the poster image of São Tomé, and an awesome sight. An enormous tooth of rock 663m high, it is a hardened column of magma, the remains of an ancient volcano whose softer outer shell has long since eroded away.

The actual rock is known as phonolite, and there are many other towers composed of the same material; these vary in shape and size, and include Cão Pequeno (390m). Numerous phonolite towers also give Príncipe its Lost World vibe.

You'll find Cão Grande around the 51km mark if you're heading south on the EN-2 – it rises dead ahead, as if lying at the end of the road.