Winter Palace of Peter I 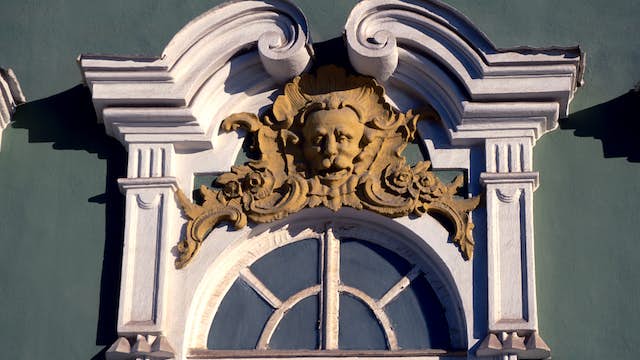 Excavations beneath the Hermitage Theatre in the late 1970s revealed remains of the principal residence of Peter the Great, including a large fragment of the former state courtyard, as well as several suites of palace apartments. Some rooms have been restored to their appearance during Peter’s era, complete with Dutch tiles and parquet floors, and are used to exhibit some of Peter’s personal items from the Hermitage collection.

The cobbled courtyard has one of Peter’s official carriages and a sledge. In the last room before you leave, don't miss the wax effigy of Peter made by Bartolomeo Rastrelli after the tsar died in the palace in 1725.