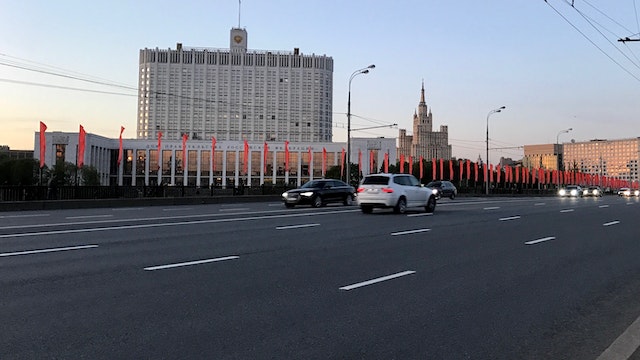 The White House – officially the House of Government of the Russian Federation – fronts a stately bend in the Moscow River, just north of the Novoarbatsky most.

It was here that Boris Yeltsin rallied the opposition that confounded the 1991 hard-line coup, then two years later sent in tanks and troops to blast out conservative rivals. The images of Yeltsin climbing on a tank in front of the White House in 1991, and of the same building ablaze after the 1993 assault, are among the most unforgettable from those tumultuous years.