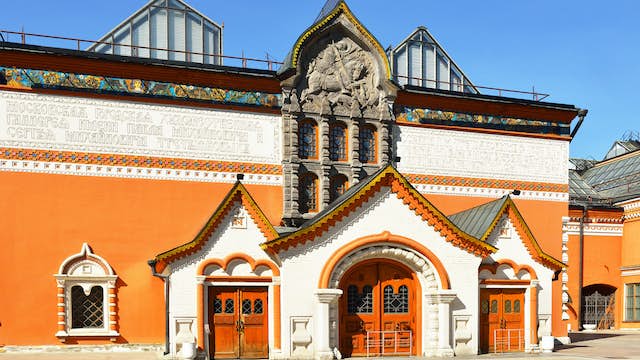 The exotic boyar (high-ranking noble) castle on a little lane in Zamoskvorechie contains the main branch of the State Tretyakov Gallery, housing the world’s best collection of Russian icons and an outstanding collection of other prerevolutionary Russian art. Show up early to beat the queues. The neighbouring Engineer’s Building is reserved for special exhibits.

The building was designed by Viktor Vasnetsov between 1900 and 1905. The gallery started as the private collection of the 19th-century industrialist brothers Pavel and Sergei Tretyakov. Pavel was a patron of the Peredvizhniki, or Wanderers, a group of 19th-century painters who broke away from the conservative Academy of Arts and started depicting common people and social problems. Nowadays, these are among Russia’s most celebrated painters, and the Tretyakov boasts some of the most exquisite examples of their work.