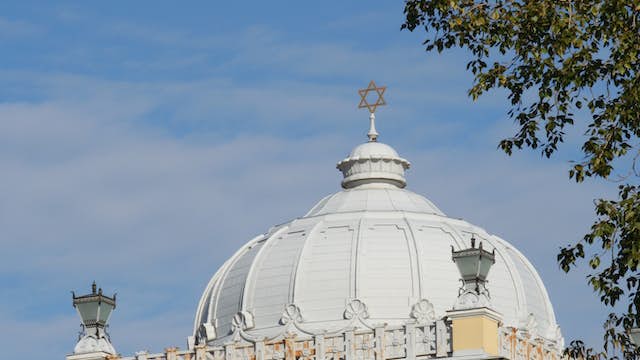 Construction of a synagogue was banned inside Kitay Gorod, so Moscow’s oldest and most prominent synagogue was built just outside the city walls, not far from the Jewish settlement of Zaryadye. Construction started in 1881 but dragged on, due to roadblocks by the anti-Semitic tsarist government. It was finally completed in 1906 and was the only synagogue that continued to operate throughout the Soviet period, despite attempts to convert it into a workers’ club.

Apparently, Golda Meir shocked the authorities when she paid an unexpected visit here in 1948.