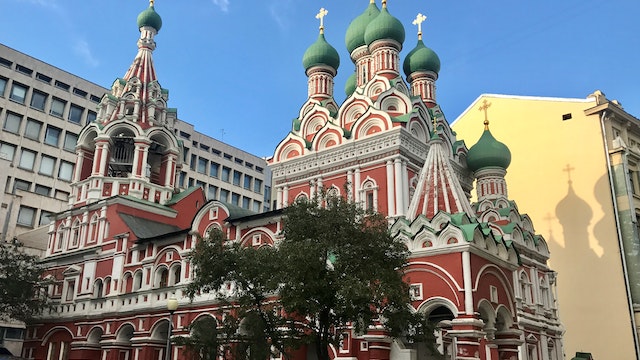 Hidden between big government blocks, this little gem of a church is an exquisite example of Russian baroque. Built in the 1630s, its onion domes and tiers of red-and-white spade gables rise from a square tower. Its interior is covered with 1650s gospel frescoes by Simon Ushakov and others. A carved doorway leads into St Nikita the Martyr’s Chapel, above the vault of the Nikitnikov merchant family, who were among the patrons who financed the church's construction.