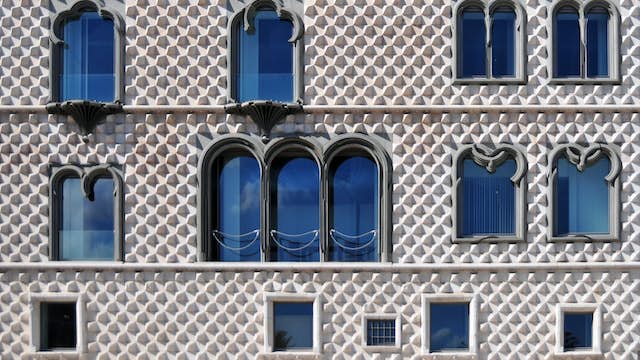 The pincushion facade of Casa dos Bicos, the eccentric 16th-century abode of Afonso de Albuquerque, former viceroy to India, grabs your attention with 1125 diamond-shape spikes (bicos). The casa houses a small museum dedicated to José Saramago (1922–2010), Portugal's most famous writer; and a newly added ground-floor excavation of Roman ruins (which are free to visit).

Known for his discursive, cynical and darkly humorous novels, Saramago gained worldwide attention after winning the Nobel Prize in 1998. His best works mine the depth of the human experience and are often set in a uniquely Portuguese landscape. Stop by the bookstore to pick up one of his works, and don't miss the olive tree planted out front, taken from his birthplace, Azinhaga. Below the tree are the ashes of the great writer.