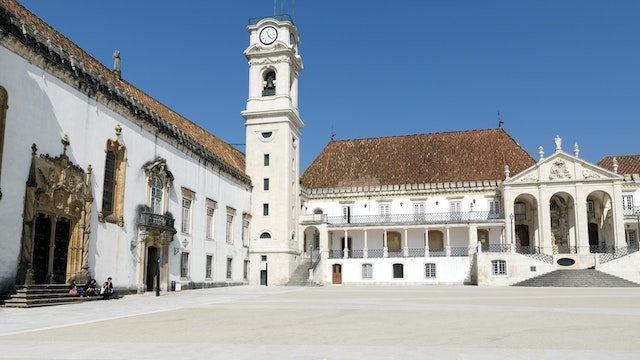 Coimbra's Unesco-listed university, one of the world's oldest, was originally founded in Lisbon in 1290. It was subsequently relocated several times before being permanently established in Coimbra in 1537. Its showpiece centre is the Pátio das Escolas, a vast courtyard surrounded by majestic 16th- to 18th-century buildings. These include the Paço das Escolas, Torre da Universidade, Prisão Acadêmica, Capela de São Miguel and Biblioteca Joanina.

Admission tickets come in two forms: one giving access to all university buildings (except the Torre) and the Museu da Ciência, and a second one which does not include the Biblioteca Joanina. Buy them at the office outside Porta Férrea. Note also that library visits are in groups at set times.