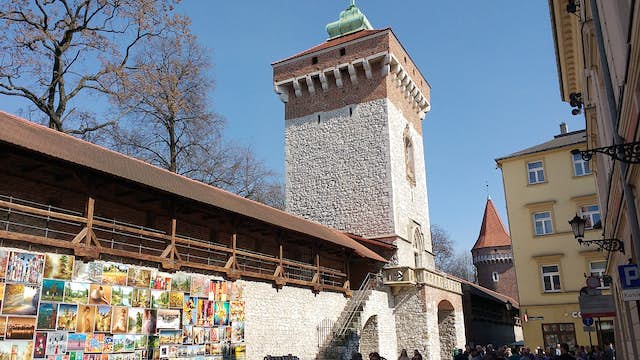 This attractive stone gateway is the only one of the city’s original eight gates that was not dismantled during the 19th-century modernisation. It was built around 1300, although the top is a later addition. The adjoining walls, together with two towers, have also been left standing. The Florian Gate together with the nearby Barbican form part of a museum called the City Defence Walls, and one admission ticket covers entry to both.