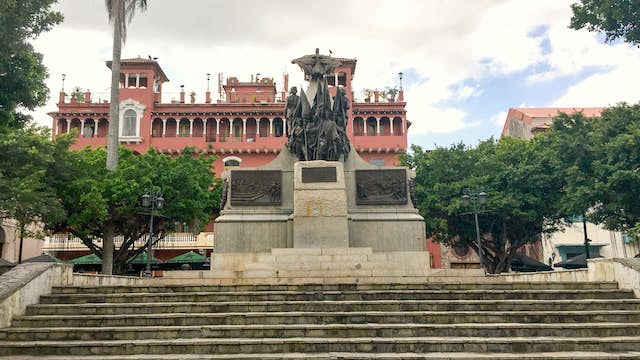 In 1826, in a schoolroom opposite this Casco Viejo park, Simón Bolívar held a meeting urging the union of the Latin American countries. Bolívar eventually succeeded in liberating Bolivia, Colombia, Ecuador, Peru and Venezuela from Spanish rule and uniting them as Gran Colombia. Although he was unable to keep Gran Colombia together, he is venerated as a hero throughout Latin America.