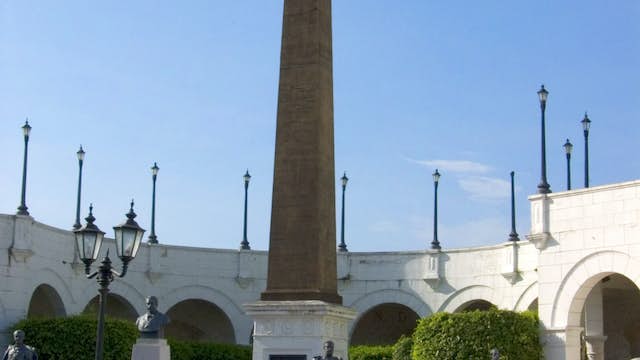 At the tip of the southern point of Casco Viejo, this beautiful plaza pays homage to the French role in the construction of the canal. Its large stone tablets and statues are dedicated to the memory of the 22,000 workers who died trying to create the canal.

Most of the workers died from yellow fever and malaria. Among the busts is a monument to Cuban doctor Carlos J Finlay, whose discovery of how mosquitoes transmit yellow fever led to the eradication of the disease.

On one side of the plaza are nine restored dungeons that were used by the Spaniards and later by the Colombians. Although they’re now home to some rather upscale art galleries and shops, you can still see the original stonework. Also on the plaza are the Teatro Anita Villalaz and the Instituto Nacional de Cultura.