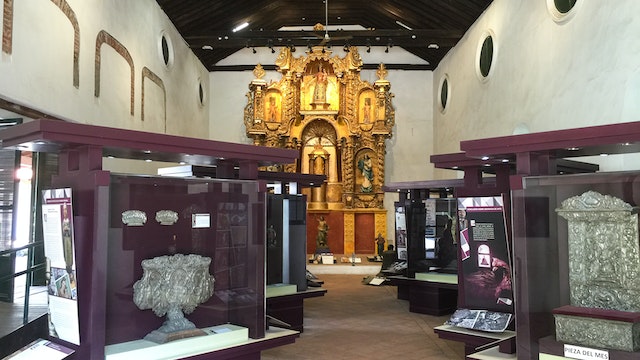 Housed beside the ruins of the Iglesia y Convento de Santo Domingo, the Museo de Arte Religioso Colonial has a collection of colonial-era religious artifacts, some dating from the 16th century.

Just inside the ruins' doorway, the Arco Chato is a long arch that stood here unsupported for centuries. It even played a part in the selection of Panama over Nicaragua as the site for the canal, since its survival was taken as proof that the area was not subject to earthquakes. It collapsed in 2003 but has since been rebuilt.