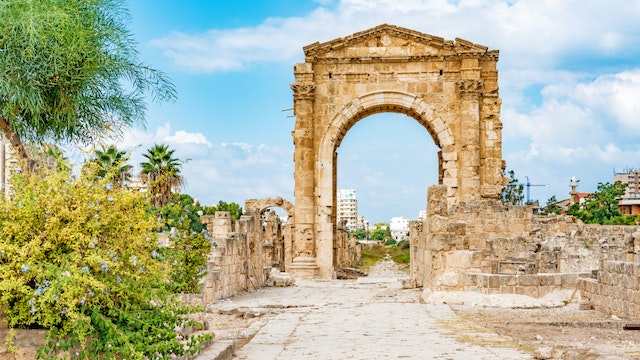 This sprawling site lies 2km east of the centre, entered off the highway. Just past the entrance is a vast funerary complex, with hundreds of ornate sarcophagi and tombs, several still filled with bones. Next to it, a well-preserved Roman road stretches through an impressive 20m-high monumental archway, probably dating from Hadrian's 2nd-century-AD reign. Beyond it is a large and well preserved Roman hippodrome built in the 2nd century AD; this once held more than 20,000 spectators.

The site's museum is under gradual restoration, but don't expect it to open any time soon.