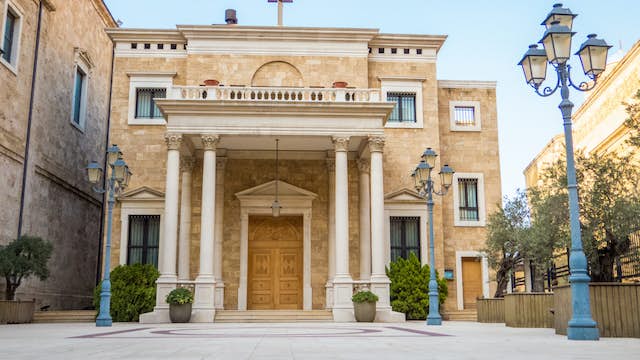 The neoclassical facade of this late 19th-century cathedral, next to the Mohammed Al Amin mosque, was inspired by the Basilica di Santa Maria Maggiore in Rome. It's the seat of the city's Maronite archdiocese. The interior is done out in marble, with volute-topped columns, a gilt coffered ceiling and an ornate baldachin over the altar.