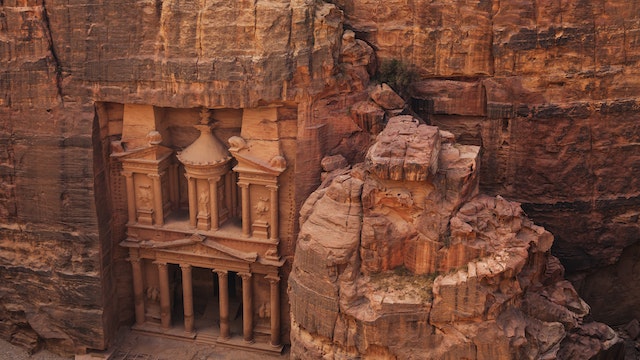 Known locally as Al Khazneh, this tomb is where most visitors fall in love with Petra. The Hellenistic facade is an astonishing piece of craftsmanship. Although carved out of iron-laden sandstone to serve as a tomb for the Nabataean King Aretas III (c 100 BCE–CE 200), the Treasury derives its name from the story that an Egyptian pharaoh hid his treasure here (in the facade urn) while pursuing the Israelites.

Some locals clearly believed the tale because the 3.5m-high urn is pockmarked by rifle shots. As with all rock-hewn monuments in Petra, the interior is unadorned. The Treasury is at its most photogenic in full sunlight between about 9am and 11am.