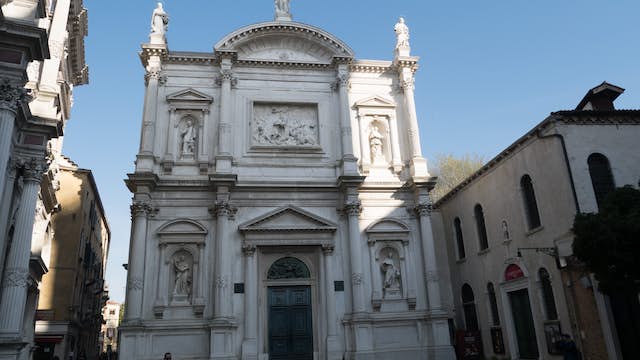 Built by Bartolomeo Bon between 1489 and 1508 to house the remains of its titular saint, beautiful St Roch's Church received a baroque facelift between 1765 and 1771, which included a grand portal flanked by Giovanni Marchiori statues. Bon’s rose window was moved to the side of the church, near the architect’s original side door. On either side of the main altar are four vast paintings by Tintoretto depicting St Roch's life. The saint's casket is positioned above the altar.