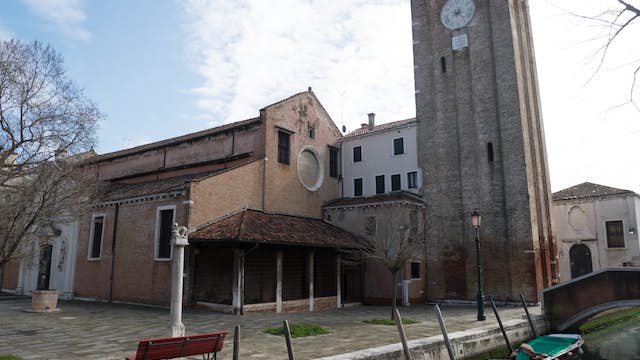 Other churches might be grander, but none is more quintessentially Venetian than this 12th-century church with a history of service to the poor. Its cloisters once functioned as a women’s refuge and its portico sheltered the mendicoli (beggars) to whom it owes its name. The tiny, picturesque campo (square) out front is Venice in miniature, surrounded on three sides by canals and featuring a pillar bearing the lion of St Mark.

Dim interiors are illuminated by an 18th-century golden arcade and a profusion of clerestory paintings, including Palma il Giovane's masterpiece Resurrection (c 1610) at the rear, to the left of the organ. In the painting, onlookers cower in terror and awe as Jesus leaps from his tomb in a blaze of golden light. The front right-hand chapel is a typically Venetian response to persistent orders from Rome to limit music in Venetian churches: the Madonna in glory, thoroughly enjoying a concert by angels on flutes, lutes and violins. The parish’s seafaring livelihood is honoured in Leonardo Corona’s 16th-century ceiling panel St Nicholas Guiding Sailors Through a Storm.

Film buffs might recognise the interiors from the 1973 Nicolas Roeg thriller Don’t Look Now as the church Donald Sutherland was assigned to restore. Although the movie cast Venice in a spooky light, the publicity apparently helped San Nicolò: the British Venice in Peril Fund underwrote extensive renovations, completed in 1977.