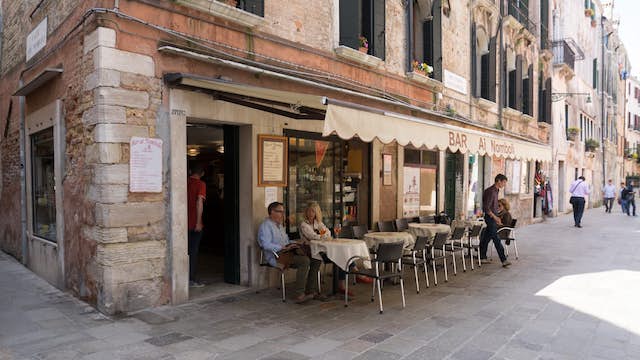 This 11th-century baptistry – the oldest religious building on the vast cathedral square – is a Romanesque, octagonal-striped structure of white-and-green marble with three sets of doors conceived as panels illustrating the story of humanity and the Redemption. Most celebrated are Lorenzo Ghiberti's gilded bronze doors at the eastern entrance, the Porta del Paradiso (Gate of Paradise). What you see today are copies – the originals are in the Museo dell’Opera del Duomo. Buy tickets online or at the ticket office at Piazza di San Giovanni 7, opposite the main Baptistry entrance.

Andrea Pisano executed the southern doors (1330), illustrating the life of St John the Baptist, and Lorenzo Ghiberti won a public competition in 1401 to design the northern doors, likewise replaced by copies today. Dante counts among the famous dunked in the Baptistry's baptismal font – still used each third Sunday of the month to baptise babies born within the surrounding San Lorenzo parish.