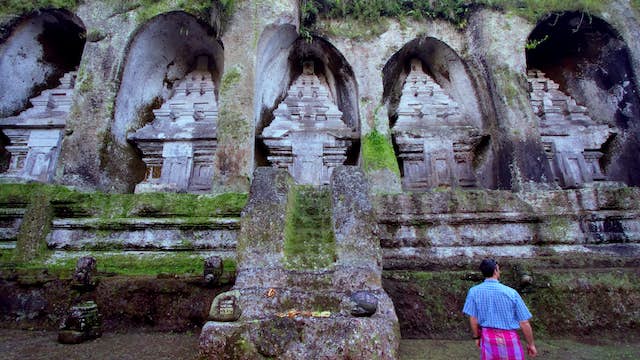 One of Bali's oldest and most important monuments, this river-valley complex consists of 10 huge candi (shrines) cut out of rock faces. Each is believed to be a memorial to a member of 11th-century Balinese royalty. Legends relate that the whole group was carved out of the rock in one hard-working night by the mighty fingernails of Kebo Iwa. You'll need to be fit to explore here, as access to the valley and shrines is via a steep 250-step staircase.

Sarong hire is included in the ticket cost. Try to arrive early in the morning, so as to beat the ubiquitous crowds. However, you won't beat the souvenir sellers whose stands line the access stairs.