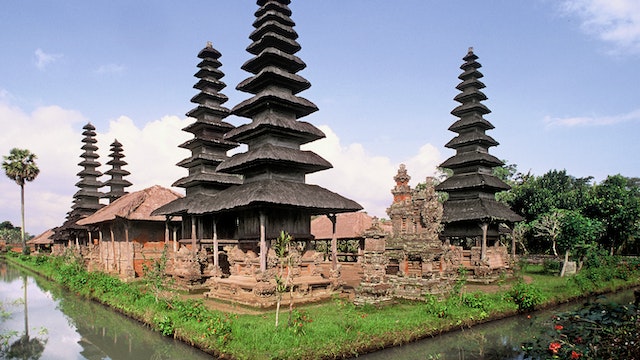 Don't miss one of the top temples on Bali, a serene place of enveloping calm. The huge royal water temple of Pura Taman Ayun, surrounded by a wide, elegant moat, was the main temple of the Mengwi kingdom, which survived until 1891, when it was conquered by the neighbouring kingdoms of Tabanan and Badung. The temple was built in 1634 and extensively renovated in 1937. It's a spacious place to wander around, away from crowds.

The first courtyard is a large, open, grassy expanse and the inner courtyard has a multitude of meru (multitiered shrines). Lotus-blossoms fill the pools; the temple is part of the subak (complex rice-field irrigation system) sites recognised by Unesco in 2012. The market area immediately east of the temple has many good warungs for a simple lunch.