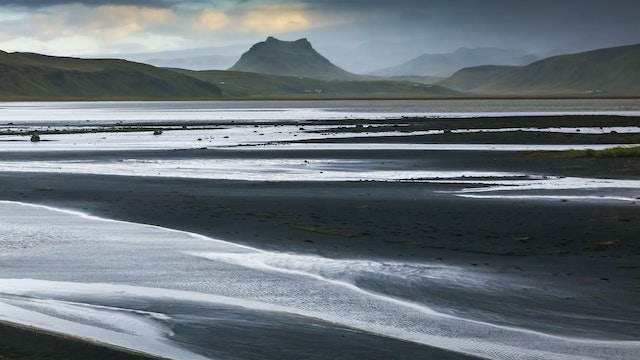 One of the South Coast’s most recognisable natural formations is the rocky plateau and huge stone sea arch at Dyrhólaey (deer-lay), which rises dramatically from the surrounding plain 10km west of Vík, at the end of Rte 218. Visit its crashing black-sand beaches and get awesome views from atop the promontory. The islet is a nature reserve that's rich in bird life, including puffins; some or all of it can be closed during nesting season (15 May to 25 June).

There are two parking areas, one on the top of the cliff near the Dyrhólaey Lighthouse and one at the base. Those without 4WD are best using the bottom car park as the road up is filled with deep potholes and can be tricky in rain. The best view of the archway is from Reynisfjara along the coast.

According to Njál’s Saga, Kári – the only survivor of the fire that wiped out Njál’s clan – had his farm here. Another Viking Age connection is the cave Loftsalahellir, reached by a track just before the causeway to Dyrhólaey, which was used for council meetings in Saga times.