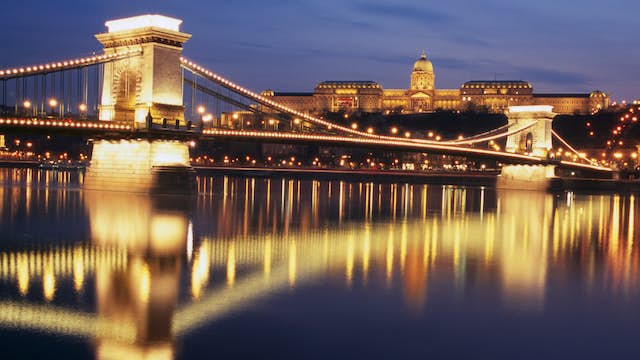 Arguably the most striking of all the bridges in Budapest, twin-towered Széchenyi Chain Bridge, which is named in honour of its initiator, István Széchenyi, is particularly beautiful when lit up at night. The city's oldest span was actually built by Scotsman Adam Clark, who enjoys one of the few places reserved for foreigners in the Hungarian panoply of heroes.

When it opened in 1849, Chain Bridge was unique for two reasons: it was the first link between Buda and Pest, and the nobility – previously exempt from all taxation – had to pay up like everybody else to use it.