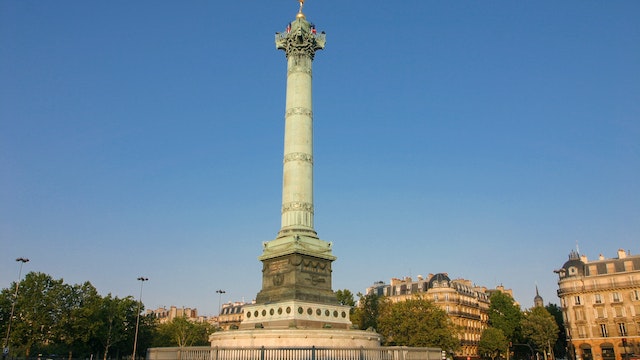 A 14th-century fortress built to protect the city gates, the Bastille became a prison under Cardinal Richelieu, which was mobbed on 14 July 1789, igniting the French Revolution. At the centre of the square is the 52m-high Colonne de Juillet, a green-bronze column topped by a gilded, winged Liberty. Revolutionaries from the uprising of 1830 are buried beneath; the crypt will open to the public following major redevelopments linking the square to Bassin de l'Arsenal.

As part of the works, which are due for completion in 2020, the location of the old fortress prison of the Bastille will be marked on the ground. The foundations are also marked below ground in the Bastille metro station, on the platform of line 5.