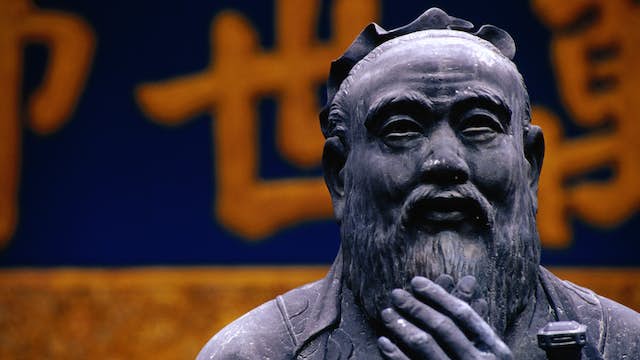 A modest and charming retreat, this well-tended temple to Confucius is cultivated with maples, pines, magnolias and birdsong. The layout is typically Confucian, its few worshippers complemented by ancient and venerable trees, including a 300-year-old elm. The main hall for worshipping Confucius is Dacheng Hall (大成殿; Dàchéng Diàn), complete with twin eaves and a statue of the sage outside.

The towering Kuixing Pavilion (魁星阁; Kuíxīng Gé) in the west is named after the god of the literati. Originally dating to 1294, when the Mongols held sway through China, the temple moved to its current site in 1855, at a time when Christian Taiping rebels were sending much of China skywards in sheets of flame. In line with Confucian championing of learning, a busy secondhand market of largely Chinese-language books is held at the temple every Sunday morning (from 7am to 3pm). There are some genuine finds.