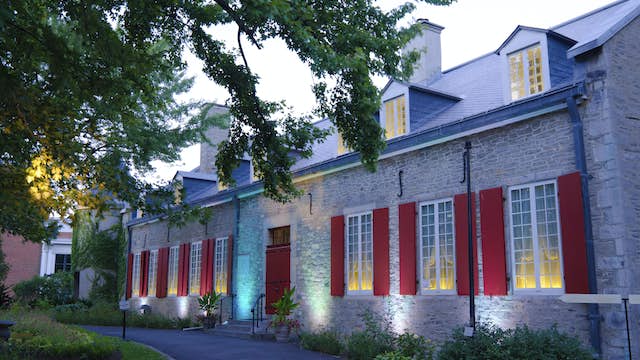 A home of French governors in the early 18th century, this mansion is one of the finest examples from the ancien régime. It was built for the 11th governor, Claude de Ramezay, and includes 15 interconnecting rooms with a ballroom of mirrors, as well as mahogany galore. Ramezay went broke trying to maintain it.

American generals used it as a headquarters during the revolution, and Benjamin Franklin held conferences here when attempting (and failing) to convince the Canadians to join the cause.

In 1903 turrets were added to give the ‘château’ its fanciful French look. The building is a repository of Québec history with a collection of 20,000 objects, including valuable Canadian art and furniture. The Governor’s Garden (open June to September) in the rear re-creates a horticultural garden from the 18th century, including many heritage varieties of fruit trees and vegetables.