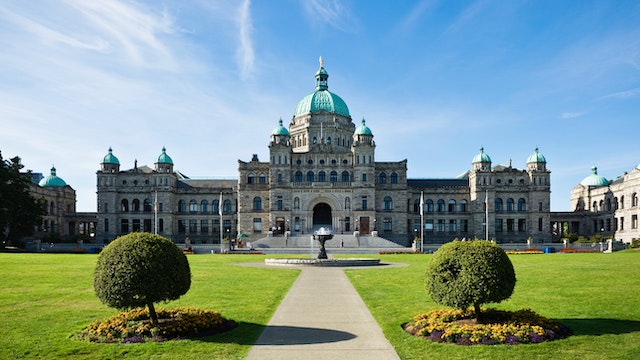 This dramatically handsome confection of turrets, domes and stained glass is British Columbia's working legislature and is also open to visitors. You can go behind the facade on a free 45-minute guided tour then stop for lunch at the 'secret' politicians' restaurant inside. Return in the evening when the elegant exterior is illuminated like a Christmas tree.

The buildings were constructed in the 1890s in a mix of renaissance, Romanesque and classical styles after the government had outgrown the original legislature, the less illustriously named 'Birdcages.' The current ceremonial entrance has a mosaic floor and is embellished with Italian marble, while the graceful dome is topped on the outside by a gold-encrusted statue of George Vancouver (an early explorer of BC's coastal regions).