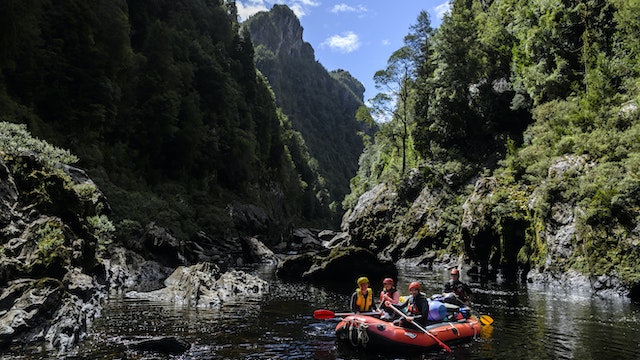 This World Heritage–listed national park came to prominence when the wild Franklin River was very publicly saved from hydroelectric immersion in the 1980s. The park embraces the Franklin and Gordon Rivers – two of Tasmania's most famous and fabulous waterways – and offers exceptional rafting, bushwalking and climbing areas. Its highest point is the hulking white quartzite summit of Frenchmans Cap (1446m), which can be scaled on a challenging four- to five-day bushwalk.

Good short walks include the Franklin River (just a few minutes along the Frenchmans Cap trail) and the fanned cascade of Nelson Falls (20 minutes return). The park also contains the major Indigenous archaeological site at Kutikina Cave, which can only be reached by rafting down the Franklin River.