Where to party in Jamaica after dark

From reggae to dancehall, few countries are so defined by their music as Jamaica. For its size, the country produces more music than any other place on earth, and its beats and bass lines have been drawing visitors looking for a good time for decades. So put on your dancing shoes, take a sip of rum and get ready to stay up until the small hours as we guide you around some of the island’s best nightlife.

Most tourists start their trip by flying into Montego Bay, and bar hopping along the Hip Strip is an easy way to slip into the vibe. Jimmy Buffett’s Margaritaville is a perennial favorite, and while some might shy away from its cruise party atmosphere, it’s also popular with local middle-class Jamaicans. Better still, head to Pier One, Montego Bay’s most popular nightclub, for some loud rhythms to see you late into the night; dress to impress.

To really shake your stuff however, you’re going to have to head to Kingston. Jamaica’s capital carries something of a gritty reputation, but it’s actually a much more open and relaxed destination than the headlines might have you believe. Above all, this is a town that likes to party, and there’s something on offer every night of the week.

Kick off the party with two of Jamaica’s most famous locals. First stop: a musical pilgrimage to the Bob Marley Museum, the star’s old home and recording studio, to get you in the mood. The second stop in your search for Jamaica’s rhythm should be Usain Bolt’s sports bar Tracks & Records. This haunt of the island’s superstar is a great place to get your groove on in Kingston. If you’re there during karaoke, you might just end up staying until the last singer leaves the stage.

For all this, what Kingston is really famous for is its sound systems: giant speaker stacks with a ‘selector’ (DJ) playing the tunes and a ‘toaster’ acting as MC to the proceedings. Part block-party, part fashion show and all-out stereo war, sound-system parties are an essential Jamaican experience. They start late in the night and go on into the early morning so you’ll need to pace yourself – don’t even think of turning up before midnight.

Lovers of dancehall – the urban electronic step-child of rootsy reggae – will want to head straight to Stone Love HQ, the studios of the legendary music producer, which hosts the classic Weddy Weddy Wednesdays sound-system night once a week (guess which day). Prepare yourself for some wild dance moves: the bent-over dutty wine dance is beloved by female dancehall fans.

If instead you like your grooves served up on a vinyl platter with a heavy side-order of bass, make sure you’re in town for Sunday night. You’ll be spoiled for choice. Downtown, the best beats are to be found in Rae Town near Kingston Harbour, where the Capricorn Bar puts on its Oldies Night every week. If you think the name sounds a bit dated, bear in mind that in Jamaica oldies mean classic ska licks and sweet soul reggae. Alternatively, head uphill to the Papine skyline, where the DJs of the Kingston Dub Club  spin their discs perched high above the twinkling lights of the city below. The inclusive crowd ranges from old Rastas to young hipsters, all drawn by the bass echo of the dub-plate to what feels like the coolest house party in the Caribbean.

Sound-system parties: how to take part

There are plenty of other sound-system street parties throughout the week, many of them quite literally streets that get closed off for a night of music. Watch out for flyers and posters about town (or on social media) to know what’s on. It’s perfectly safe to attend street parties, as the neighborhoods are responsible for security and people don’t take kindly to violence spoiling the event, but it’s best to come with a local and to leave obvious valuables behind. Alternatively, hook up with a group of travelers – Kingston’s Reggae Hostel is the perfect place to meet like-minded partygoers, and the manager is an ex-dancehall promoter so can give you the lowdown on the current scene. Pre-arrange a taxi to pick you up at the end, or make sure to take the number of a radio taxi (Kingston has several reliable and trustworthy firms).

As well as speakers loud enough to serve as weapons of mass destruction, street parties have food stands and mobile bars to keep the energy up – Guinness or Red Stripe lager are popular, but only those with the strongest heads should go for the white over-proof rum. Watch out for the roving video crews too, on a mission to film the best-looking partygoers or the slackest dance moves – capturing unwitting tourists is popular either way, so make sure you wear your best threads.

The day after the night before

After pulling an all-nighter, you’re unlikely to get a lot of sightseeing done the next day. Sleep late and recuperate with a lazy day at Hellshire Beach, close to Kingston. Because the next night, there’ll undoubtedly be another party on. This is Jamaica, after all. 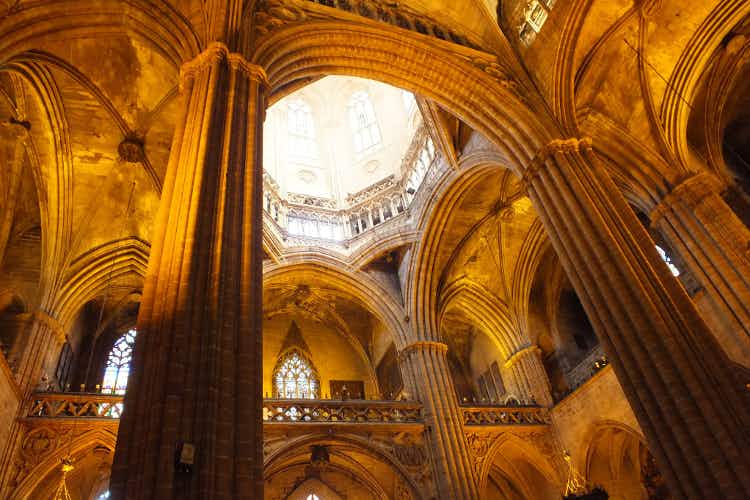 A perfect day in Barcelona