Fire and brimstone have indelibly marked the Auvergne. The craters and valleys of this French region were shaped by the Chaîne des Puys volcanoes, while architecture in its towns and cities glower with volcanic stone.

Mercifully for this slow-paced region of central France, the volcanoes sleep deeply. But their imprint on the Auvergne is present in everything from rock formations to blackened church spires. Take in the best of city and countryside for a truly explosive visit to the Auvergne.

City on a volcano

There’s fire-forged wonder everywhere you look in Clermont-Ferrand. Here in the Auvergne’s largest city, shop fronts, statues and paving stones have all been chiselled from volcanic rock. Even the city’s 63 fountains, most of them gushing drinkable spring water, were carved from this distinctive black stone.

Far from making the city sombre, this dark stonework gives Clermont-Ferrand a striking air. Most dramatic is the Notre-Dame cathedral, a silhouette looming over the city’s coral-coloured roofs. From its foundations right to the gargoyles on its twin spires, the cathedral is entirely built from volcanic rock. Even the ground beneath your feet once blazed, for Clermont-Ferrand was built on top of an extinct volcano. And directly across from the cathedral entrance, facing shopping street Rue des Gras, you can see the peak of a second volcano, the Puy de Dôme.

This cathedral isn’t the only religious building with fiery stonework. Just nearby, geometric floral designs – all taken from volcanic rock –  are built into the walls of the Basilique Notre-Dame du Port (for the best views, follow signs from Rue Robertus to a concealed staircase). Nearly 30km west lies the stately grey Notre-Dame d’Orcival, a Romanesque church hewn entirely from volcanic rock. The same distance east, in the tiny village of Glaine-Montaigut, the Saint-Jean church has a volcanic stone graveyard, a forbidding contrast with the church’s dazzlingly ornate interior.

The source of this distinctive masonry is the Auvergne’s 40km seam of volcanoes, the Chaîne des Puys. Young in geological terms, the volcanoes have barely rumbled for more than 6000 years. Today they are pyramids of rock, snoozing under a carpet of greenery.

The loftiest starting point to survey the Auvergne’s volcanoes is the Panoramique des Dômes (panoramiquedesdomes). A funicular rattles travellers up the side of the Puy de Dôme, at 1465m the tallest (though youngest) volcano in the Chaîne des Puys, and paved hiking trails spiral out from the summit. The 360-degree views are best in the changing light, when the first kiss of sunset turns the peaks golden, and paragliders start to float down after a day of bobbing on the breeze.

From ancient times until the present day, this has been a lightning rod for the region. It’s here where you can find the Gallo-Roman Temple of Mercury, discovered in 1873 and undergoing gradual restoration. Only two years after the discovery of the ruins, this peak became a scientific site, as well as a spiritual one, with a physics lab built on the dome. Today a television antenna crowns the summit.

To the west of these craters lie more remnants of the area’s geological past. The Roches Tuilière and Sanadoire are also slumbering volcanoes, gradually carved into a U-shape by the movement of glaciers. But the highest peak in the Massif Central, the mountainous region in the Auvergne’s north, is the Puy de Sancy.

This ancient volcano was shaped by periodic eruptions and coolings, and is now paced by hikers wheezing their way to the 1886m summit. Trekkers reaching the top are rewarded with stomach-plummeting views. Walking trails wind between the peaks, and fang-like protrusions jut out from the rock face. One bluff is so perilous it has attracted the name ‘Hell Valley’ for its winter avalanches.

The area is a haven for wildlife, having had protected status for six years as part of the Reserve Naturelle Chastreix-Sancy. Bears no longer roam these valleys, but locals say wolves are beginning to return – presumably with one eye on the 200 chamois (mountain goats) and 500 wild sheep. Amid the whistling of the wind, discerning ears can also pick out the warning hiss of marmots, a breed of chubby, mountain-dwelling squirrels. Buzzards and other birds of prey soar overhead, and vultures are annual visitors to the park.

Hiking trails around the Sancy have plenty of vantage points to spot mountain goats, buzzards and other local wildlife. Image by Anita Isalska / Lonely Planet

The scenery imparts a certain ruggedness to the local cuisine too, most of all the famous truffade. It’s difficult to leave the Auvergne without trying one; it’s also difficult to leave your seat after gorging on this hulking mountain meal. Potatoes are glistened in duck fat, layered with tome fraiche and baked into an unctuous slab of cheese and carbohydrates (you’ll find some of the heartiest at the Auberge des Skieurs in Le Mont-Dore; 7 Rue Montlosier). Each forkful creates long strings of cheese. A side salad drizzled with oil and vinegar cleanses your palate enough to try for one last bite.

Travellers wishing to spare their pant buttons will find more delicate dishes too; try quail followed by tangy pear sorbet at Auberge de la Forge (aubergedelaforgeglainemontaigut.com) in Glaine-Montaigut, or the made-with-love lunches at Le Parc des Fees in La Bourboule. Whatever your taste, your plate will be crowded with local ingredients like Le Puy lentils, dried pork sausage, and the legendary bleu d’Auvergne cheese. You can even go to the source on a road trip around local farms producing bleu d’Auvergne and the region’s other four certified cheeses (learn more on fromages-aop-auvergne.com). Because in a region with volcanoes, architectural wonders as well as culinary flair, one taste won’t be enough.

First, pick your season: spring through to autumn are great for hiking, but plan ahead outside peak summer season, when some attractions (like cheese farms) will have fewer demonstrations. Winter sports season kicks off from December; snowheads will be ideally located with Le Mont-Dore as a base.

Experiencing an assortment of the Auvergne’s cultural, outdoor and gastronomic pleasures is best done by car: stay in a village hotel according to your tastes and day trip to lakes, mountains and small towns.

Anita Isalska is a Lonely Planet writer and editor, cheese whizz and outdoor travel junkie. Follow Anita on Twitter @lunarsynthesis and read about her research trip to the Auvergne on Storify.

Anita travelled to the Auvergne with support from Auvergne Tourisme (auvergne-tourisme.info). Lonely Planet contributors do not accept freebies in exchange for positive coverage. 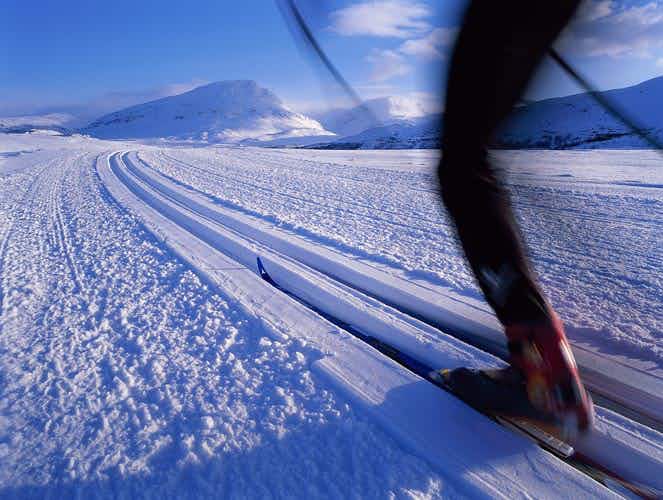 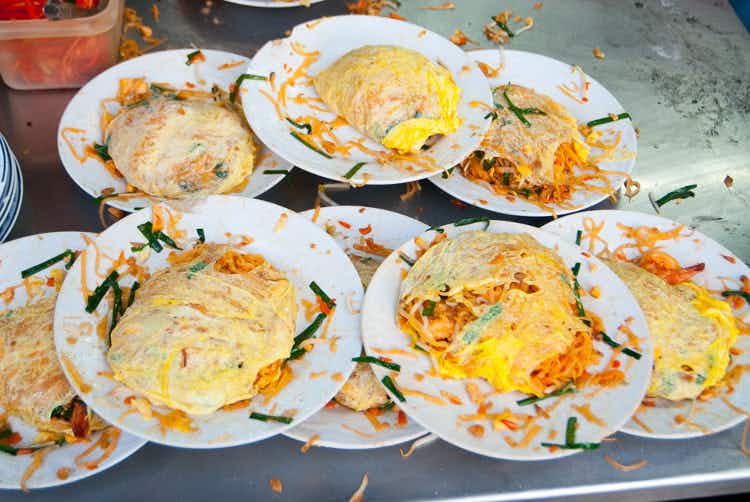 Where to find real deal pat tai in Bangkok