Where to eat in Athens, according to Greece’s most famous chef

For Vassilis Kallidis, a Greek celebrity chef and street-food travel show host a-la-Anthony Bourdain, eating in Athens isn’t just about food. “I’m crazy about Athens, crazy in love!” Kallidis writes in his new Athens Food Guide, filled cover to cover with places to visit, locales to explore, and – most importantly – restaurants and dishes to try.

A roundup of Kallidis’s “most beloved” eateries, places where he feels “at home,” the Guide invites readers to explore beyond the regular and to immerse themselves into the city Kallidis calls “the most liberal, most sexy, open-hearted city [where] you can do whatever you want 24/7.”

For a taste of what Kallidis' Guide – and Athens itself – has to offer, here are 18 places to eat, broken up by Athenian neighborhoods, which will make you feel just as much enthusiasm as Kallidis does for his beloved Athens.

A food emporium, the Ergon House combines a restaurant that serves modern Greek cuisine with a traditional Athenian agora (a market). Complete with a deli, a fishmonger, a butcher, a vegetable stall, and an artisanal grocer, Ergon Houses’s shelves are chock-full of products from all over Greece you can either enjoy at your hotel or take back home.

Around the corner Inomagerio Evgenia has been serving traditional Greek food for over 24 years. Their moussaka is one of Kallidis’s favorite and ordering their fava, a yellow split pea dip, is an absolute must. If Greek wine is your beat, drop by Heteroclito, a bar à vin that boasts over 200 local labels, serving them with plates of Greek cheeses and cold cuts.

For great moussaka – a meaty dish that's “one of the city’s hottest musts,” according to Kallidis – and excellent souvlaki (skewered meat and vegetables) visit Nikitas, an old-style taverna that’s been feeding locals and visitors since the mid-60s. To feel like you’re on a Greek island – white-washed walls and blue doors and shutters included – stop by Avli, a taverna that made an appearance in Kallidis’s Food and The City show, for a drink and an omelet with sujuk sausage.

In Monastiraki, the most touristy part of Athens, go to To Staki Tou Elia, an old family taverna, for their Mediterranean-style lamb chops, grilled with oregano over hot coals. A few blocks away, Thanasis is “one of the most photographed kebab places in Athens” and an institution, serving succulent kebabs to Athenians and tourists alike since 1964.

Nestled in the corner of both Monastiraki and Psirri is Varvakeios, the central food market. Once there make your way downstairs to Diporto, a no-frills taverna, for chickpea stew and grilled sardines, “freshest ever,” according to Kallidis. Nearby Oinomageirio Epirus is known for its tripe soup, as well as for a wide variety of Greek vegan and vegetarian options.

A short stroll from Monastiraki – and yet almost devoid of tourists – is Petralona, a neighborhood that sometimes seems straight out of “a Pedro Almodovar movie,” according Kallidis. There with the atmosphere resembling “your grandma’s home on the islands” (plastic flowers and Formica tables included) Aster serves Cretan specialties and makes up one of Kallidis’s top-ten in the city.

Across Filopappou Hill in Koukaki Attikos Greek House boasts a terrace view of the Parthenon and, for Kallidis, the best “mamma-style” moussaka in Athens. “[Book] the round table in the front,” he says, “use my name (the code is Vassilis the Chef), and ask for Mrs. Mina [the owner].”

Visit Prodorpion for one of the best souvlaki in town. A favorite amidst the regular Athenians on their lunch break it’s one of those eateries Kallidis speaks about when he says he doesn’t chose the “most conventional [for tourists] places.” For time-travel to the 1960s Greece stop by Kapetan Mixalis, a traditional Cretan kafenion-turned-taverna. Enjoy braised pork with mustard, a specialty, surrounded by patrons young and old and by the spirit of Greek writers, actors and intellectuals who used to frequent the place.

Traditional neighborhood tavernas like Mavros Gatos co-exist door-to-door next to fashionable cafes in Pangrati, a neighborhood many artists and creatives call home. “It all tastes homemade, everything is homemade,” says Kallidis of Mavros Gatos in his book, adding that their stuffed grape leaves with the egg lemon sauce  “moved him to tears.” On the other side of the National Garden from Pangrati lies Kolonaki, Athens posh area.

Although predominantly empty of residents in the summer, it hosts one of the city’s most known open-air cinemas and, right next to it, an outdoor restaurant by the same name, Dexameni. It serves traditional Greek mezes (small plates) while providing all the people watching you’ll ever need in this traditional Athenian neighborhood.

For “one of the best places to eat fish in the center” according to Kallidis (and the “cleanest kitchen in Athens”) go to I Stoa and order their taramosalata, the Greek fish roe dip. For authentic Cretan specialties – “Crete is the capital of food in Greece,” says Kallidis – stop by Kriti. Try deep-fried olives, their special meze, and Cretan snails with rosemary and vinegar.

A few blocks away at Stani, a diary heaven from 1931, order “a [worker’s] breakfast from the 1930s” – a scoop of Greek yogurt topped with walnuts and honey. Close by, Lefteris serves suvlaki in their very own, home-made pita. There are a couple of tables but for a true Athenian experience, eat your souvlaki like the rest of patrons – standing up “with your feet open like a penguin for the sauce not to drip on your shoes.”

The Athens Food Guide: A Trip to the Underbelly of Athens is Kallidis’s first English-language guide. Some of the listings encourage you mention his name to the owner and on the cover he lists his personal Instagram account. “People can ask me stuff [directly],” he says, “and I answer within seconds.” Eating in Athens is personal for Kallidis; it fuels the fondness he feels for his city. Use his guide – follow the recommendations and peruse the anecdotes and the stories – and you too will fall in love with Athens. 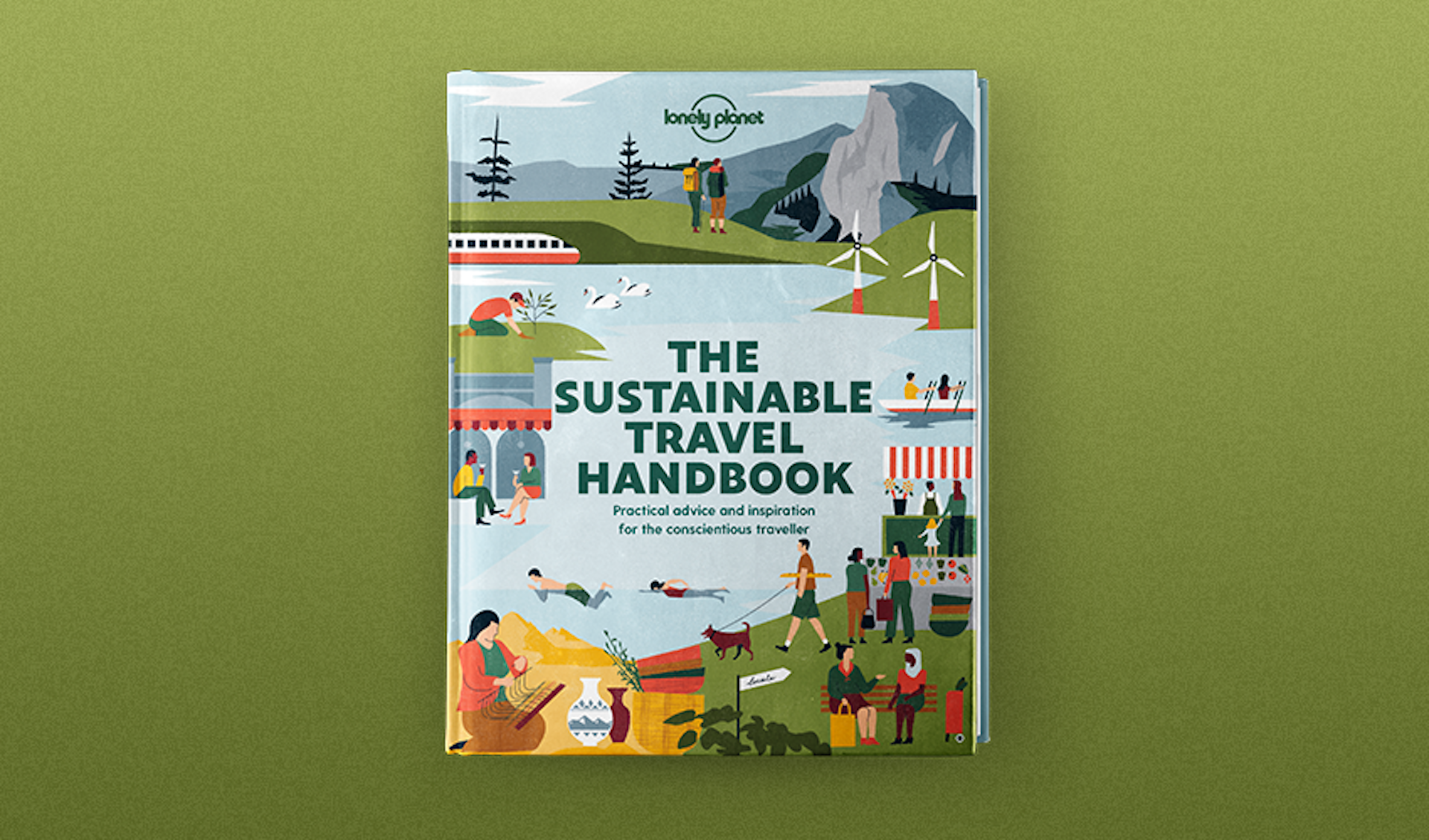 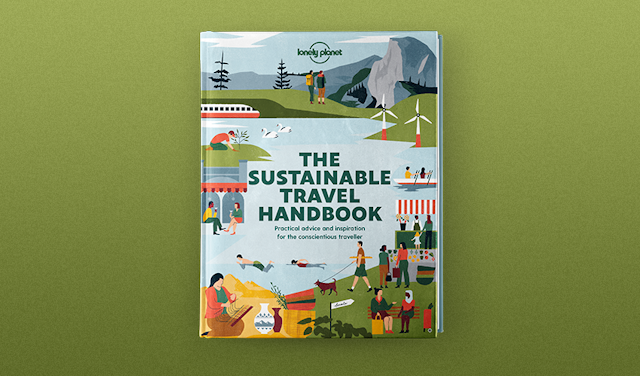