Is the list of places you’d like to visit becoming a little unwieldy? Ours was – which is why we’ve whittled them down from thousands to a definitive rundown of the planet’s most unforgettable sights.

Not only that, we’ve made the bold move of ranking them in order of brilliance, based on a highly complex formula of expert recommendations, community feedback and oracle-like intuition.

The result? You can peruse the full 500 at length in Lonely Planet's ultimate travel list, but to whet your appetite, here’s the top 10.

When all the votes were counted, the no.1 sight in the Ultimate Travel list was the undisputed champion by some margin: it won 36 percent more votes than the very closely fought second and third places.

As the world’s greatest temple to the Hindu god Vishnu, Angkor Wat might seem a bit off the grid in Buddhist Cambodia, but this magnificent monument is the greatest treasure of a Hindu kingdom that once stretched as far as Burma, Laos and southern China. Even in a region as richly gifted with temples as Southeast Asia, Angkor is something out of the ordinary – a literal representation of heaven on earth, hewn from thousands of sandstone blocks and carved floor-to-ceiling with legends from the Ramayana, Mahabharata and Puranas.

Even better, Angkor Wat is the crowning glory in a complex of more than 1000 temples, shrines and tombs that forms a virtual city of spires in the jungles of northern Cambodia.

Second place in our list goes to a natural wonder stretching for more than 3000km up the northeastern coast of Australia. The Great Barrier Reef hardly needs an introduction. But here are some facts: this is the world’s largest network of coral reefs, with 400 types of coral and 1500 species of fish. Some 30 kinds of whales, dolphins and porpoises have been spotted here, along with six species of sea turtles and 17 kinds of sea snake.

The reef is under threat from rising sea temperatures, but for now it’s a psychedelic underwater playground for divers and snorkellers.

Just a handful of votes separates second and third spot. But they could not be more different... Gawping down at Machu Picchu from the Sun Gate after a lung-busting four-day hike along the Inca Trail is a rite of passage for travellers to Peru. But it’s not the outrageously dramatic Andean setting, nor the way that the city clings to impossibly precipitous slopes that makes Machu Picchu so mind-blowing – it’s the fact that no-one really knows what happened here.

You can wander wide-eyed around the mysterious mountain metropolis in a liberating knowledge vacuum, forming your own ideas.

The Jiankou section of the Great wall of China. Image by Mark Read / Lonely Planet

Every country has its must-see monument – in China, that monument covers most of the country. The Great Wall of China is not just one wall but an awe-inspiring maze of walls and fortifications stretching for an astonishing 8850km across the rugged landscape of the north of the country.

It’s a myth that you can see the Great Wall from space, but when confronted by the sight of this endless structure stretching off into infinite distance, it seems almost impossible that this wouldn’t be true. A few rugged souls trek the entire length of the wall, but even if you pick just one section, you’ll be humbled by its aura of indestructibility.

How do you achieve architectural perfection? Start with acres of shimmering white marble. Add a few thousand semiprecious stones, carved and inlaid in intricate Islamic patterns. Take a sublime setting by a sacred river, in jewel-like formal gardens. Apply a little perfect symmetry, and tie up the whole package in an outlandish story of timeless love. And there you have the Taj Mahal.

Built by the Mughal Emperor Shah Jahan as a mausoleum for his favourite wife, Mumtaz Mahal, the Taj has been attracting travellers to India for centuries. Ironically, the emperor spent his final years incarcerated in Agra Fort by his ambitious son, with just a view of the Taj to remind him of everything he had lost.

Stand before this vast rent in the earth’s crust and you’re looking down at two-billion years of geologic time. That fact does something funny to the human brain. Lit by flaming sunsets, filled with billowing seas of fog and iced with crystal dustings of snow, the mile-deep, 277-mile-long Grand Canyon is nature’s cathedral. You’ll feel tiny yet soaring, awed yet peaceful, capable of poetry yet totally tongue-tied.

The Colosseum at dawn. Image by Justin Foulkes / Lonely Planet

There’s nothing like a feisty Roman monument to rev up your inner historian, and the Colosseum performs brilliantly. A monument to raw, merciless power, this massive 50,000-seat amphitheatre is the most thrilling of Rome’s ancient sights. Gladiators met here in mortal combat, and condemned prisoners fought off wild beasts in front of baying, bloodthirsty crowds. Two millennia on, the hold it exerts over anyone who steps foot inside is as powerful as ever.

The Guaraní name for the point where Río Iguazú plummets over a plateau just before its confluence with the Río Paraná is a great understatement: Big Water. Big? These falls are mind-bogglingly mighty: tourist boats that ply the foaming plunge pools below look like matchsticks. Boardwalks also get you thrillingly close. The whole thing is glimpsed through a stretch of subtropical rainforest forming a 55,000-hectare national park replete with wildlife, including jaguars.

The palace complex of Granada’s Alhambra is one of the most extraordinary structures on the planet, perhaps the most refined example of Islamic art anywhere in the world, and the most enduring symbol of 800 years of enlightened Moorish rule in medieval Spain. From afar, Alhambra’s fortress towers dominate the Granada skyline, the sheer red walls rising from woods of cypress and elm, set against a backdrop of the Sierra Nevada’s snowcapped peaks. Inside is a network of lavishly decorated palaces and irrigated gardens, which are the source of scores of legends and fantasies.

The extraordinary interior of the Aya Sofya. Image by Mark Read / Lonely Planet

Church, mosque and museum in one, Aya Sofya is a structure unlike any other on the planet – defying easy categorisation just as it defied the rules of architecture when it was built almost 1500 years ago. The man behind it all was Byzantine Emperor Justinian I: he demanded a cathedral to eclipse the wonders of Byzantium’s sister city, Rome, and moreover, one that would mimic the majesty of the heavens on earth. He got his wish, and Aya Sofya still dominates the skyline in modern-day Istanbul. 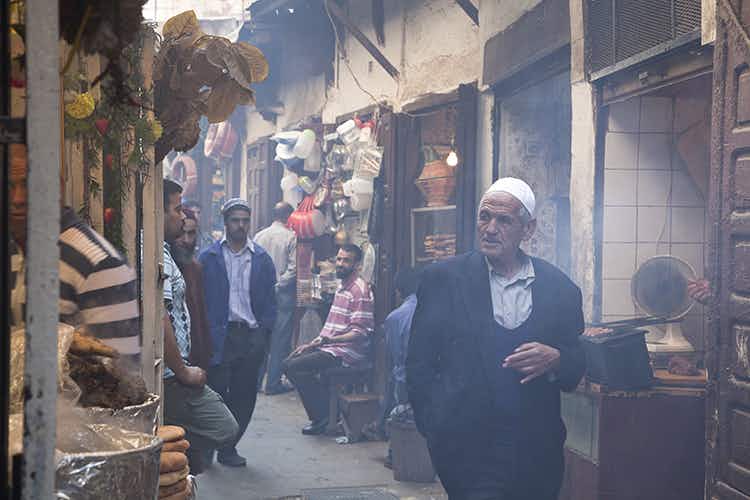 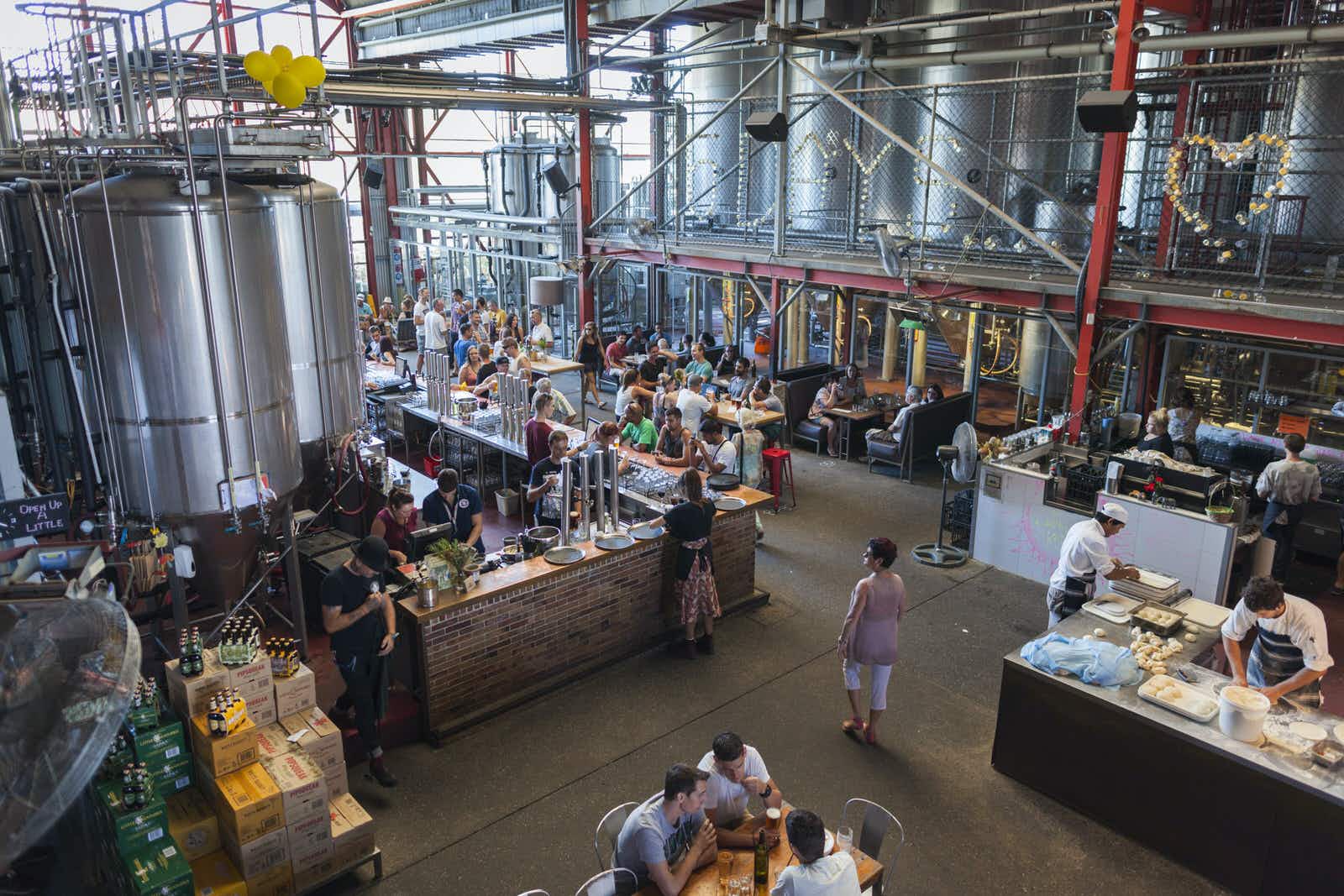