A taste of Wales: stories worth savouring

If you’ve been to Wales, you’ll for sure have tried bara brith, the tea-steeped fruit loaf that takes the edge off a soggy day’s hillwalking. And you might’ve loved or hated laverbread, the seaweed puree that garnishes many a cooked breakfast. Travelling these hills and valleys, you’ve no doubt nibbled on Caerphilly cheese or warmed up over a bowl of leek-and-lamb cawl.

But lately the food (and drink) scene in Wales has moved beyond the traditional, with gin and whisky distilleries, kefir dairies, coffee roasteries in former coal-mining towns, chocolate in abandoned factories and wine – yes, wine – in vineyards oblivious to a bit of rain. Local people are the driving force behind this revolution, each with a unique story to tell.

It takes guts to pin your aspirations (and savings) on a small Carmarthenshire town, but Gordon and Scott James, a caffeine-obsessed father and son team, did just that. Tired of the basic brews being served locally, they started Coaltown Coffee in a garage back in 2014, and since then it has bloomed into a successful small-batch, sustainability-focused coffee roasting business. Try an aromatic signature blend Brazilian espresso with a chocolate-biscuit base, or a Rwandan single origin with ripe fruit flavours, all served up in their new retro-style café in town. Their long-term aim? To reboot the local economy and slash unemployment by training up baristas, some of them ex-miners.

The name is a winner and so too, apparently, are the benefits of the gut-healing goat milk kefir that Chuckling Goat produces on its Ceredigion farm. The powerful probiotic is the brainchild of Shann Nix and Rich Jones – in previous lives a San Francisco journalist and a Welsh farmer and harp-maker respectively. They bought a goat and started making kefir to cure their son’s eczema and never looked back. Now, the little kitchen-table business has grown into a million-pound global enterprise, with a herd of 50 ‘happy’ goats (hence the ‘chuckling’), free to graze 24 acres of lush Welsh pastureland. Barn tours at noon can be pre-booked by calling 01239 654 072.

Swing down the hedgerowed lanes of the Preseli Hills in North Pembrokeshire and you may well stumble across the Bluestone Brewery, named after the stone that hails from these parts, miraculously hauled some 250 miles to build Stonehenge more than 5000 years ago. Tapping into this heritage and the crystal-clear spring water that filters through these hills, this family-run microbrewery produces hand-crafted real ales on a working farm. The relaxed visitor centre is a great place to pop in for a pint after a hike on the Pembrokeshire Coast Path: top tipples include the refreshing Preseli Pils lager, lightly malty Rockhopper pale bitter, and delicately hoppy Bedrock Blonde ale.

In 2018, traditional Welsh Caerphilly won protected designation of origin (PDO) status, joining the likes of Welsh lamb, Halen Môn salt (see below) and laverbread. Made from cow’s milk, the hard, crumbly cheese, with its fresh, lemony flavour, was first made in the town of Caerphilly in the 1800s. Today, it crops up all over the country in different guises.

Caws Cenarth in Ceredigion is special, though. Gwynfor and Thelma Adams began making cheese in 1987, and today their son Carwyn heads up the business. Besides traditional Caerphilly, they produce garlic, herb and smoked varieties, as well as Brie-style Perl Wen, creamy blue Perl Las and pungent, rind-washed, award-winning Golden Cenarth. On the banks of the River Cych, the family farm, Glyneithinog, welcomes visitors: stop by between 11.30am and 3pm from Monday to Saturday and you’ll see the cheesemakers in action.

It might now have PDO status and be one of the most famous ingredients to hail from Welsh shores today (even Heston Blumenthal is a fan), but Halen Môn sea salt had humble beginnings. Some 21 years ago, Alison and David Lea-Wilson left a pot of seawater to bubble away on their Aga as an experiment. Hey presto, they got fine white salt crystals. Their charcoal-filtered seawater is drawn from the Menai Strait around Anglesey, and their hand-harvested flakes are sold pure, oak-smoked, or with roasted garlic. Tŷ Halen, their visitor centre, offers behind-the-scenes tours followed by tutored salt tastings at 11am, 1pm and 3pm daily.

Pemberton’s Chocolate factory did a brisk trade in Llanboidy, on the Pembrokeshire-Carmarthenshire border, for 25 years. But when it closed its doors, locals never imagined there would be chocolate here again. Cue Liam Burgess who, at the tender age of 19, decided to start his very own chocolate business, NOMNOM, with a £4000 loan.

The ‘Willy Wonka of Wales’, Liam began crafting his chocolate in the humblest of settings: a caravan in his mum’s back garden. But his imaginative confectionery and one-of-a-kind packaging (note the trademark sheep doodle) were his golden ticket to success. Using the old moulds found in the abandoned chocolate factory, he poured all his energy into original creations, with flavours like flame-roasted hazelnut, oak-smoked Halen Môn sea salt and apple sherbet, plus seasonal chocolate like mince pie bars at Christmas. Visit and you’ll be hooked.

Naturally you’d associate Scotland with whisky, but Wales has carved out its own niche for award-winning single malts thanks to the Penderyn Distillery. What began as a pub chat about whisky back in the 1990s swiftly evolved when Alun Evans bought a copper-pot still. He chose the foothills of the Brecon Beacons for its spring water and produced the first bottle of Welsh whisky in a century in 2004. Finished in different casks, the whiskies include Madeira-finished Legend, with notes of raisins and creamy fudge, and mildly peaty Celt. There are other spirits, too, such as Brecon Gin, with hints of coriander and cinnamon. Open daily, the visitor centre offers hour-long, behind-the-scenes tours of the whisky-making process, a tasting bar and more in-depth masterclasses.

A vineyard just off the M4 northwest of Cardiff sounds highly unlikely, but that’s precisely what you’ll find at Llanerch in the Vale of Glamorgan. Going strong since 1986, the winery has scooped multiple awards for its Cariad wines, produced by hardy French-German hybrid grapes that can withstand the wettest weather Wales can fling at them. The wines include the light, summer berry-infused Sparkling Blush, a tart, citrusy dry white, and a smooth, sparkling wine that is made (like Champagne) with a second fermentation in the bottle. From April to October, the winery offers hour-long tutored wine tastings at 3pm daily, as well as more informal tastings. In October, you can even sign up to join in the grape harvest for the day – with wine, food and live music provided in exchange for willing hands.

The bare, brooding mountains of North Wales aren’t the first place you’d think of finding botanicals. Yet the team at Snowdonia Distillery pick the juniper, gorse and heather that go into Forager’s Gin right on Mt Snowdon’s slopes. Chris Marshall took a gamble when he swapped his former life as an investment manager and professional skier for a craft distillery back in 2015. “We do everything by hand, from foraging for botanicals to bottling,” he says. “Our gins speak of Snowdonia from start to finish, with the secret being slow distillation over weeks to capture the subtle notes of macerated botanicals.”

The smooth 46% Black Label is one of the few gins in the world made with two ingredients: juniper and sea buckthorn. The sweeter, more summery 44% Yellow Label has notes of gorse and heather, elderberry and apple.

On the edge of pretty Crickhowell, in the foothills of the Black Mountains, is a smokery – the brainchild of Jo and Jonathan Carthew. After almost a decade of living in Africa, the couple began to dream of moving to the Welsh hills, where Jo had spent much of her childhood. They eventually wound up in the Brecons and in 1996 established the smokery.

Sustainability and traceability remain a key part of their ethos. Besides 10,000 sides of salmon a year, they gently smoke chicken, duck, quail, trout and haddock over Welsh oak, and make pates and terrines. More insight can be gleaned on one of their smokery tours and tastings at 11am on Wednesdays from March to September. 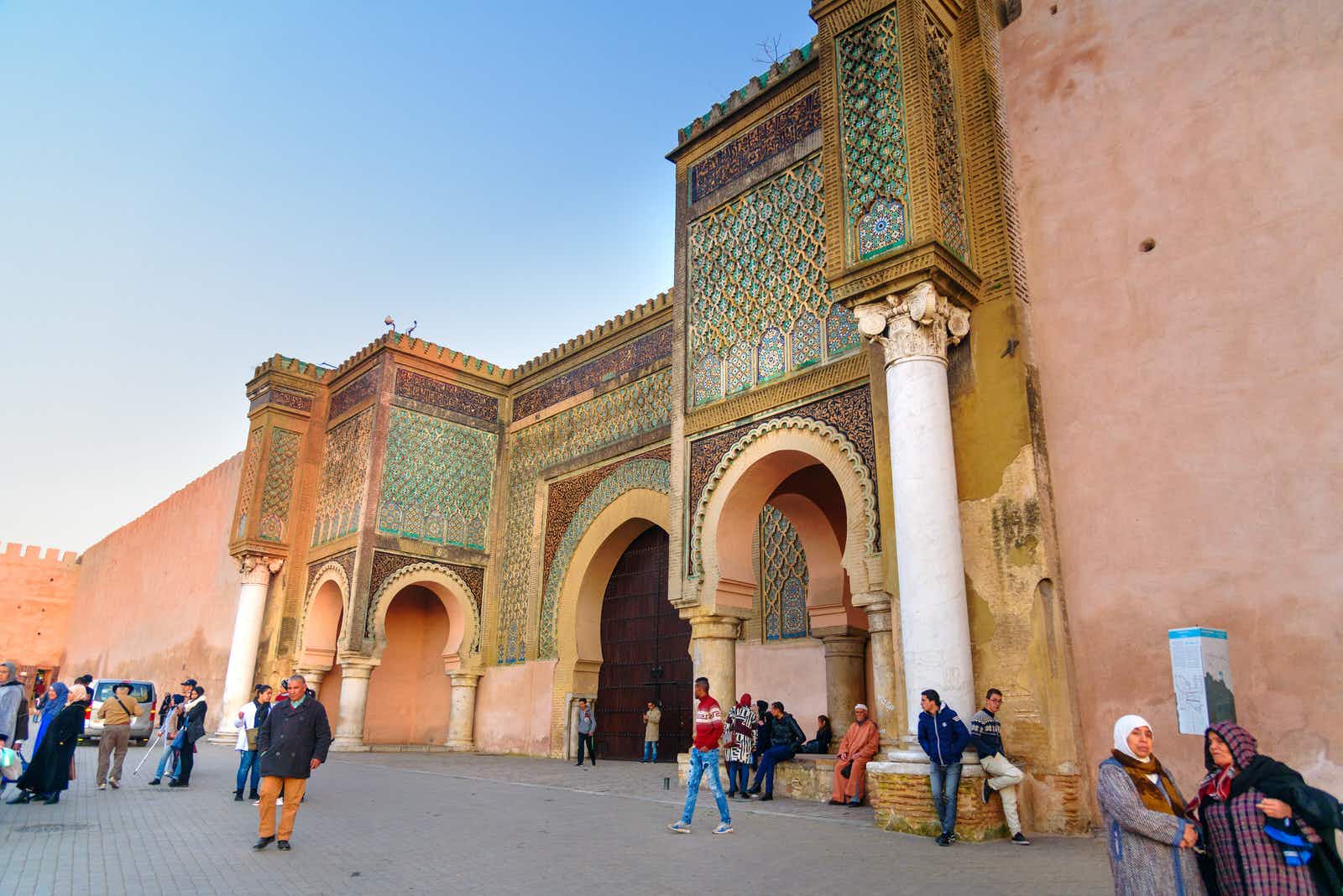 How to have the perfect day in imperial Meknes 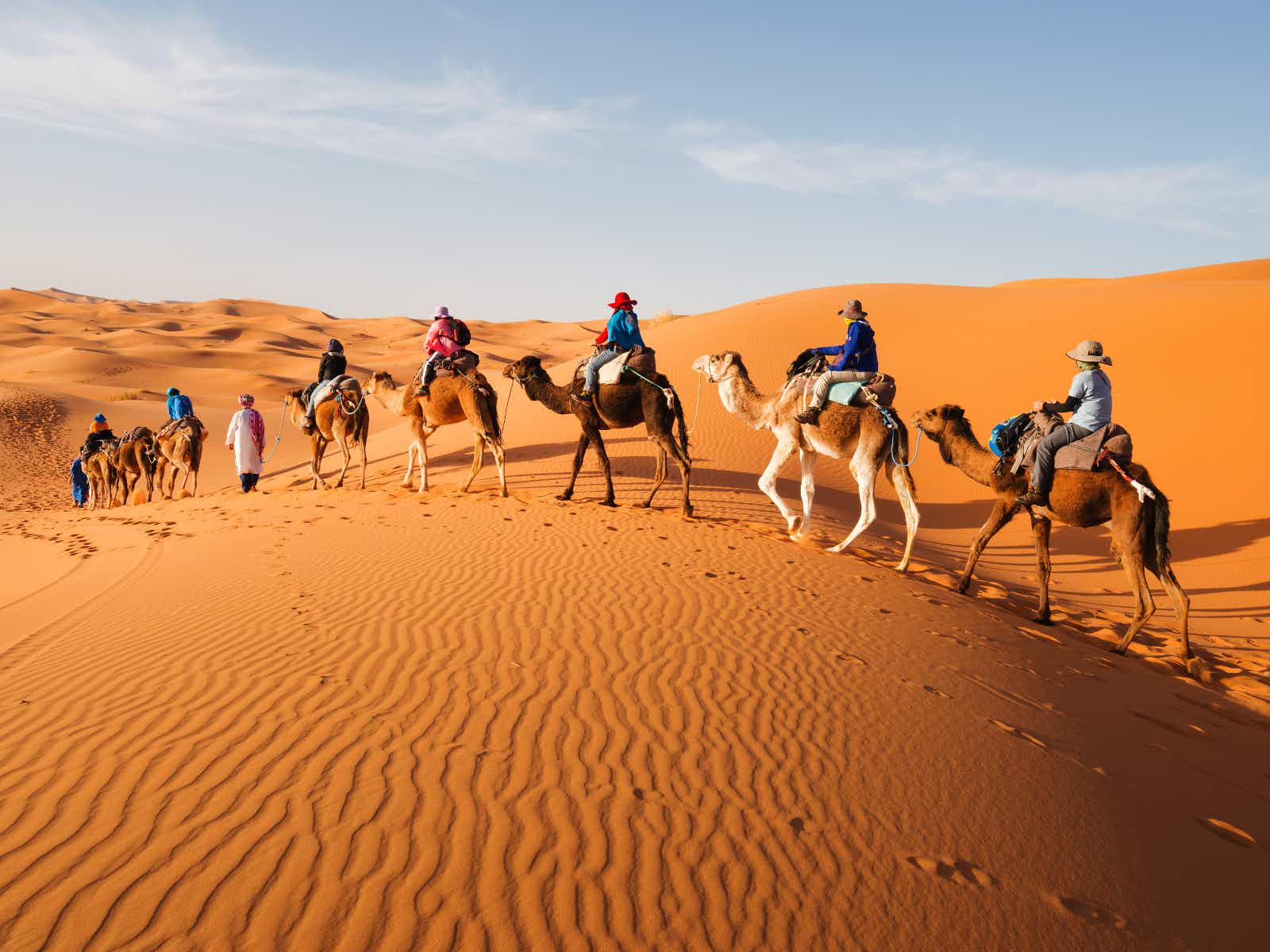 The philosopher's guide to fighting your Big Trip fears