Consistently ranked one of the most liveable cities in the world, Vancouver is almost certainly the most watched.

Though you may not realise it, you've likely played armchair tourist to the kaleidoscopic riches of British Columbia, whose spectacular surrounds, covering nine different climatic zones, andproximity to Hollywood have given it top billing on our screens.

Once, in Helsinki, I was in a hotel where the TV had six channels. Five were showing made-in-Vancouver cable films, and the sixth was CNN. I phoned my mom and we watched CNN simultaneously. It felt sort of like home.

Endowed with rural and urban settings that can play quaint, gritty or post modern contemporary, endless storytelling possibilities unfold throughout the province. Hollywood discovered these in the late 60s when directors Robert Altman and Mike Nichols handpicked Vancouver for their features, and 80s television followed close behind, led by MacGyver, Wiseguy and 21 Jump Street.

In the last three decades more than 3,000 film and television projects have been shot in B.C.  Television series like the X Files, Battlestar Galactica, Smallville,  Supernatural, Sliders, Outer Limits, Highlander, The Commish, Fringe, V, Psych, Eureka and the entire Stargate franchise have shot at hundreds of spots throughout the Lower Mainland, and films from Rambo’s First Blood to the Twilight saga boast B.C. backdrops.

Susan Croome, BC’s Film Commissioner understands that “the same incredible attributes that draw filmmakers to this province, such as our natural beauty, the exciting mix of cosmopolitan urban centres with laid back rural settings, combined with the province’s exceptional recreational opportunities, make it a favorite destination for visitors wanting to experience Supernatural British Columbia’.

The travel industry has tapped this appeal and outfits like Van Movie Tours and On Location Tours Vancouver will whiz you around uncannily familiar locations on your Vancouver visit in refreshingly low-key style.

If there’s not an existing tour for your favourite shows or movies, never fear. Odds are the fans will track down the location for you (particularly so with science-fiction and genre television, which Vancouver has in spades).

Kaitlyn Neely, owner of supernaturallocations.com, started corralling shooting hotspots when she learned the show was filming in her neighbourhood.

‘I was able to recognise some of the locations they used for the show, and when I'd be out for a drive I would be able to point out locations and recall the scene and episode that filmed there.’

When she attended a Supernatural convention in Vancouver she was blown away at the location appetite from international visitors, so took to the web with her custom guide, filling in the gaps with Google street view and crowd sourcing tips from fellow fans and locals.

Immersing in location culture has let this fan see her hometown through new eyes. ‘The other day I was visiting a Supernatural location at the Conservatory in Queen Elizabeth Park. I had never been there before and it was really cool to go in and see all the exotic birds and plants. There's also a beautiful view of the city from the top of the hill outside the Conservatory.'

Keep up with the latest production news in Canada via the Hollywood North Report and the B.C. Film Commission. Wikipedia has a list of Vancouver locations if you want to create a DIY tour, while Stargate and Smallville devotees offer scene-spotting photo guides. Battlestar Galactica fans created a mini-atlas of locations using Google Earth.

We can also recommend Reel Vancouver by Ken MacIntyre. Published by Whitecap Books, it's considered by many the definitive guide to screen culture in the city.

This article was refreshed in June 2012 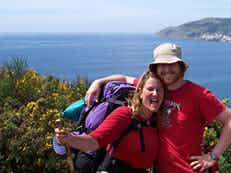 Walking the camino: our tips