How to plan the perfect day in Trastevere, Rome 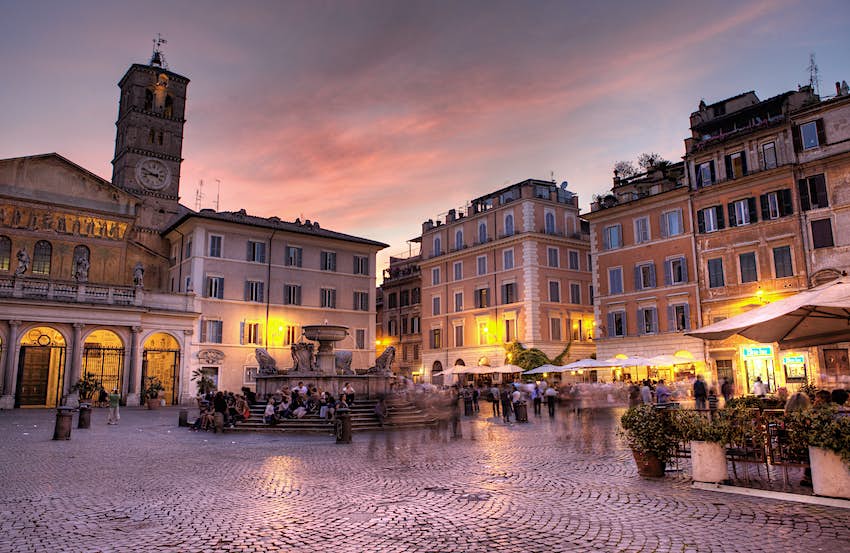 You’ve thrown coins into the Trevi Fountain and marveled at the Colosseum – what's next on your Rome itinerary? Take a trip across the Tiber River to Trastevere, a charming medieval neighborhood with a fiery temperament.

A stroll around Trastevere, a formerly working class district with heady nightlife, will take you away from the crowds to a more hidden corner of Rome. With its old-world cobbled lanes, ocher palaces, ivy-clad facades and boho vibe, ever-trendy Trastevere is one of Rome’s most vivacious and Roman neighborhoods. Its very name, "across the Tiber" (tras tevere), evokes both its geographical location and sense of difference. Endlessly photogenic and largely car-free, this neighborhood's labyrinth of backstreet lanes heaves after dark as crowds swarm to its foodie and fashionable restaurants, cafes and bars.

What you need to know about traveling to Italy right now

Best sights to see in the morning in Trastevere

After an early morning at the Centro Storico's colorful Campo de' Fiori market, stroll three minutes to the Tiber and cross the river via the stone footbridge, Ponte Sisto, to reach Trastevere. Head towards Piazza di Santa Maria, the heart of this labyrinthine district. Take Via del Moro, with its many shops and cafes, and then divert into the quiet cobblestone sidestreets lined with crumbling buildings with faded paintwork. Plants and religious shrines brighten up the streets, laundry is strung up between buildings, and graffiti covers the shutters of closed bars.

When you reach the piazza, join the locals, tourists and buskers and take a seat on the steps of the fountain, a great spot for people-watching. This lovely neighborhood square is dominated by 12th-century Basilica di Santa Maria. Step inside its dimly lit interior to see the glittering Cavallini mosaics depicting the font of oil that spouted when Christ was born. According to myth, the church was founded on that very spot.

Cut across busy Viale Trastevere and wind your way down peaceful lanes to Piazza di Santa Cecilia. The Basilica di Santa Cecilia was built on top of the saint's house. In 230 AD, she supposedly survived decapitation for three days, and when her tomb was opened in 1599, her body was said to be incorrupt. Visit the crypt and admire the mosaics. If you ring the bell, the nuns will show you the last remaining Cavallini frescoes in Rome.

The best things to do in Rome might even be free

Best sights to see in the afternoon in Trastevere

For lunch, enjoy a leisurely feast at the quaint Trattoria Da Lucia, which offers traditional Roman dishes and has outdoor tables.

Stroll through Porta Settimiana to Via della Lungara and you’ll see Villa Farnesina on your right. This opulent Renaissance villa, built by Peruzzi, is home to many incredible frescoes by artists such as Raphael. Cross the street to Galleria Corsini, a baroque palace with a collection of antique art by Titian and Caravaggio. Behind the palace is the University of Rome’s Orto Botanico, a botanical garden oasis with more than 7000 plant species that's the perfect place to relax.

Above the gardens is the Gianicolo, the eighth hill of Rome.  It’s worth the 20-minute climb for some of the best views in the city, and it sees few tourists. To reach the top, head back through Porta Settimiana, take Via Garibaldi and then Passeggiata del Gianicolo. You’ll see the Garibaldi statue at the top. You might even catch a puppet show there.

When is the best time to go to Rome?

How to spend an evening in Trastevere

Romans and tourists flock to Trastevere to enjoy its lively nightlife. Shutters are raised to reveal bars and nightclubs across the neighborhood, trattorias fill to bursting point with eager diners, and groups gather in the streets smoking and chatting. To fuel up for the night ahead, take your pick of trattorias, pizzerias or fine dining. If pizza takes your fancy, head to Dar Poeta for filling wood-fired pizzas.

There's no shortage of spots to slake your thirst. Bustling Ma Che Siete Venuti a Fà (named after a football chant) has craft beers from Italy and beyond. But if craft beers don't tickle your tastebuds, Freni e Frizioni is a lively, cool bar that spills out into its piazza and offers cocktails and aperitivo, a pre-meal drink to whet your appetite. For some of the cheapest beer in Rome, go to buzzing Bar San Calisto and soak up the vibrant atmosphere on the terrace with a beer in hand. It’s a great spot to end your perfect day in Trastevere.

The 9 best neighborhoods in Rome

Where to stay in Trastevere

Trastevere is an enchanting place to stay. Much of the neighborhood is car-free, drinking and dining opportunities abound, and a decent choice of midrange and upmarket hotels and B&Bs proffer peace and tranquility that's scarce in Italy's busy capital.

A lovely terracotta-hued, ivy-shrouded gem in a 17th-century townhouse, Villa della Fonte is precisely what Rome's la dolce vita is about. Five rooms with basic decor, some with original red brick and wood-beam ceilings, are comfortable. The crowning glory is the trio of rooftop gardens, strewn with sun lounges, potted pomegranate trees and fragrant citrus plants.

Set around a pretty internal courtyard with a gnarled old olive tree, orange trees and a scattering of tables, Relais Le Clarisse is a peaceful 18-room oasis in Trastevere's bustling core. In contrast to the urban mayhem outside, the hotel is all farmhouse charm. Rooms are decorated in rustic style with wrought-iron bedsteads and wood-beamed ceilings.

How to get to Trastevere

Trastevere is walkable from Rome's city center. Otherwise, hop on tram 8 from Largo di Torre Argentina. It runs along the main drag of Viale di Trastevere, ending up at Villa Doria Pamphilj. Tram 3 also stops at the southern end of Viale Trastevere, connecting with Testaccio (Via Marmorata), Colosseo, San Giovanni and Villa Borghese. From Termini, bus H runs to Viale di Trastevere, while the 780 runs from Piazza Venezia.

This article was originally published in January 2018.

You might also like:
Rome watchlist: films to see before your trip
Planning your first trip to Italy
Italy’s best dishes and where to try them 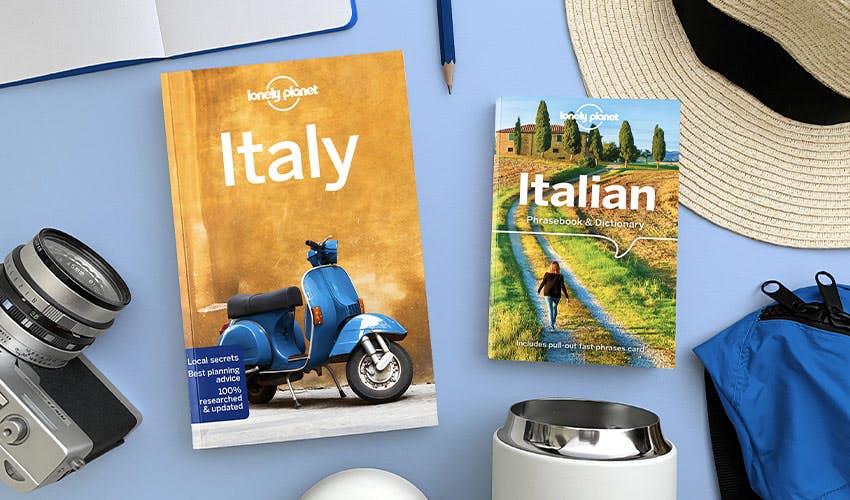 Make the most of your time in Italy with Lonely Planet’s range of travel guides and phrasebooks. Be the architect of your own trip as you discover the best things to do in Italy through insider tips, suggested itineraries, and handy maps.