When you’re a kid smitten with the solar system, gravity sucks – all those planets to explore and no way to get there! To mark the 50th anniversary of the moon landings, here are some of the best out-of-this-world adventures – right here on Earth – for kids captivated by the cosmos. No jetpack required.

Goggle at galaxies in the Atacama Desert, Chile

With cloudless skies and virtually no light pollution, Earth’s driest non-polar desert is the ultimate stargazing showplace. Home to the aptly-named Valley of the Moon, some of the world’s top observatories and the occasional NASA research team, the desert is a must-visit for school-aged space buffs. Child-friendly tours take in the night sky with telescopes providing glimpses of distant galaxies, stars and nebulae in full colour. Very young children can be accommodated on early-evening private tours.

Extra astro-allure: For some serious observatory time, head to the Elqui Valley at the southern point of the desert, which was the world's first International Dark Sky Sanctuary. Not all of the Atacama’s lunar-like lures require staying up late. From the desert’s main gateway town of San Pedro de Atacama, kids can take short hikes through the Valley of the Moon, explore the moonscape of the Salar de Atacama (salt flat) and thumb their noses at gravity while bobbing in the Cejar Lagoon, where an abnormally high salt concentration makes sinking impossible.

Splash through the stars in the Maldives

While floating through the cosmos is a distant dream (for now), a visit to Vaadhoo Island in the Maldives comes pretty close. Aptly billed the ‘Sea of Stars’, the waters lapping the equatorial island glow with electric-blue bioluminescence, giving it the appearance of a glittering, star-speckled night sky. After dark, starstruck scallywags can splash around in the shining sea, while younger kids and the water-shy can get their fill of stellar sport on land: bioluminescence – essentially glowing plankton – often washes up on Vaadhoo’s beach, making for lit-up footprints and sparkling sandcastles.

Extra astro-allure: Starry seas aren’t limited to the Maldives. In Australia, beaches around Tasmania experience bouts of bioluminescence; New Jersey’s Manasquan Beach lights up between July and September; and in the UK, kids aged four and up can go on a guided glow-walk with Jersey Walk Adventures.

Astronauts viewing aurora borealis from the International Space Station have called the experience ‘simply magnificent’. But you don’t have to be 400km above the Earth – or an adult, for that matter – to catch the show. Aged six or older? Pack your woollies and head to the Swedish village of Abisko, where a chairlift whizzes 900m above sea-level up to the Aurora Sky Station, considered one of the world’s best places to view the Northern Lights. Look on in awe, or delve deeper into the phenomenon with a guided station tour.

Extra astro-allure: Even the littlest lights-lover can have an illuminating stay in Abisko. When active, the lights are visible from the village (providing aurora adorers can stay awake long enough to see them!), and the Abisko Naturum visitor centre has a children’s corner plus plenty of absorbing exhibitions for young ones.

With real-life rocket launches and a space-themed smorgasbord of intergalactic activities to choose from, Florida’s Kennedy Space Center is guaranteed to get kids starry-eyed. While there’s plenty to keep parents entertained, the center is famous for its immersive, child-friendly experiences: complete NASA-science-based challenges at the interactive Cosmic Quest; pilot a space shuttle in an astronaut training simulator; live and work in the future on a base on Mars; and whoosh off into orbit on the exhilarating, realistic Shuttle Launch Experience.

Extra astro-allure: Kids aged nine and up wanting to take their astro-ambitions to the next level can sign up for Space Camp in Huntsville, aka ‘Rocket City’, Alabama. With gravity-defying simulators, rocket-building workshops and alumni including astronauts and engineers, this camp is no mere marshmallow roast! While you're in Florida, check out how to experience a rocket launch on the Space Coast.

Plunge into a parallel universe at the Great Barrier Reef, Australia

Offering the chance to experience weightlessness and meet alien lifeforms, Earth’s largest coral reef guarantees a truly out-of-this-world experience. Actual astronauts train for their zero-gravity experiences by scuba-diving; kids aged 12 and up can give it a go with an introductory dive off one of many dive operators along the coast. Not ready to take the full plunge? Strap on a space helmet and bounce like Buzz Aldrin on the bottom of the sea with a Seawalker expedition, or hop aboard a glass-bottomed coral viewing boat for a dreamy drift above the Reef’s unearthly expanses.

Extra astro-allure: While you’re revelling on the Reef, be sure to give a wave to the skies; satellites regularly pass overhead to take photographs used to monitor the health of the world’s largest living organism.

Though the indigenous Bedouin call it the ‘Valley of the Moon’, Wadi Rum’s red dunes and rock formations are more akin to Mars – so much so that the desert was used as the backdrop for 2015 blockbuster The Martian. There are plenty of opportunities for extra-terrestrial hikes and dune-surfing, though little ones may prefer checking out the Marscape from the back of a camel. And while by day Wadi Rum is often scorching, come nightfall temperatures plummet to a somewhat more Mars-like 5°C: snuggle up in a geodesic dome – billed as ‘Martian Tents’ – at the family-friendly SunCity Camp.

Extra astro-allure: Can’t make it to the Middle East? The USA’s Grand Canyon bears remarkable resemblance to the Red Planet’s Valles Marineris, a vast system of ravines that runs along Mars’ equator. Kids can explore the Colorado canyon on short scrambles, on the back of a mule or by joining a Junior Ranger programme.

Housed in a gigantic silver globe suspended 11.4m above the ground, this planetarium projects the exact positions of over 9000 stars in astonishing detail across a 35m-diameter dome. With kid-centric programmes aligned with current astronomical events including eclipses and meteorite showers, what’s not for an aspiring astronomer to love?

Parents with very young children should time their visit with the regular Family Hour or Preschool Projections, where simple shows cover constellations, space travel and more. Shows are in Japanese, but the planetarium’s immersive visuals and spooky sound effects transcend language barriers.

Extra astro-allure: Don’t miss the rest of the museum, which is also strongly geared towards kids. Check out the man-made auroras in the Deep Freezing Lab, peer into an asteroid’s core or head to the roof for daytime stargazing sessions that take in Venus and super-bright stars. 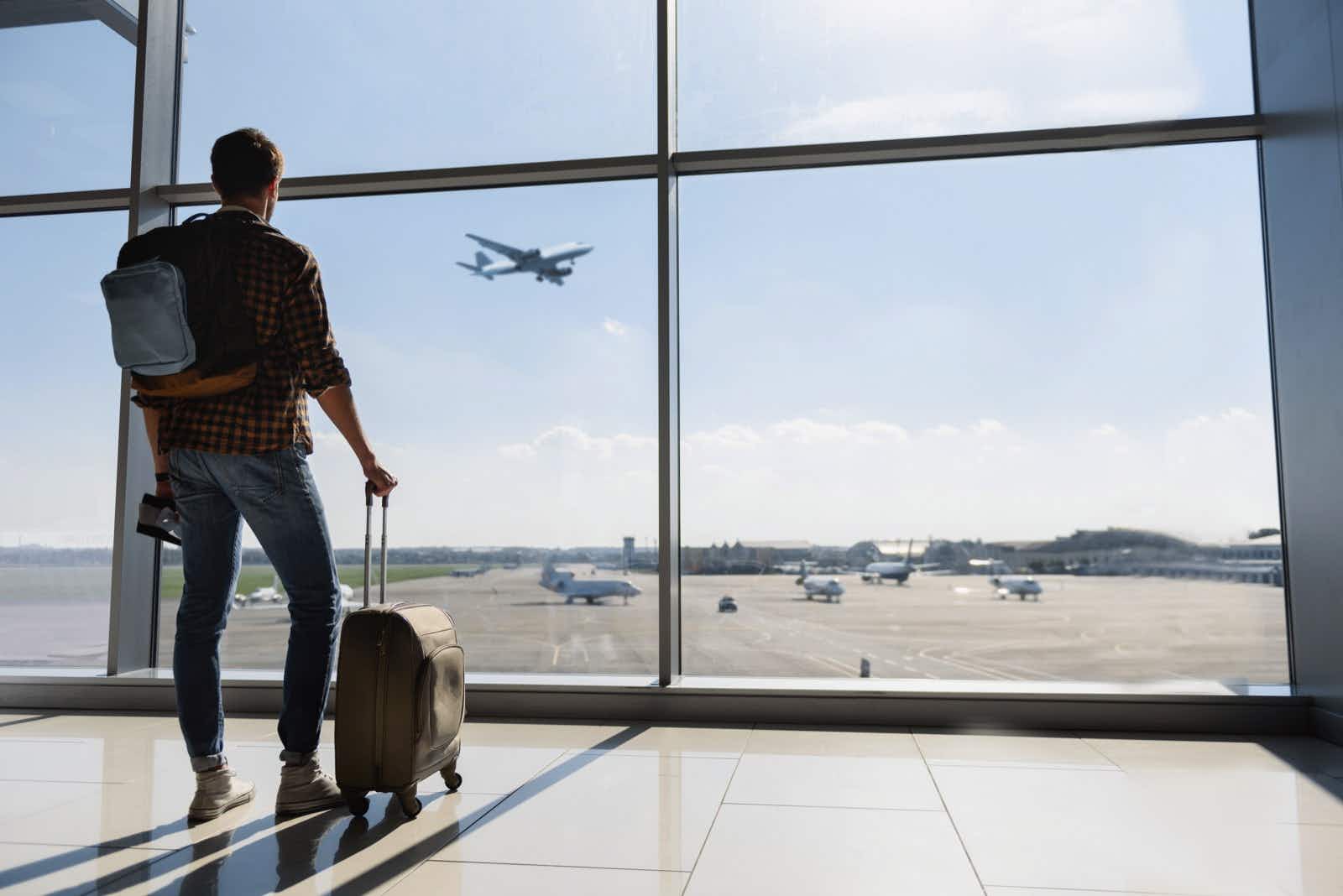 The dos and don’ts of flying etiquette from a frequent… 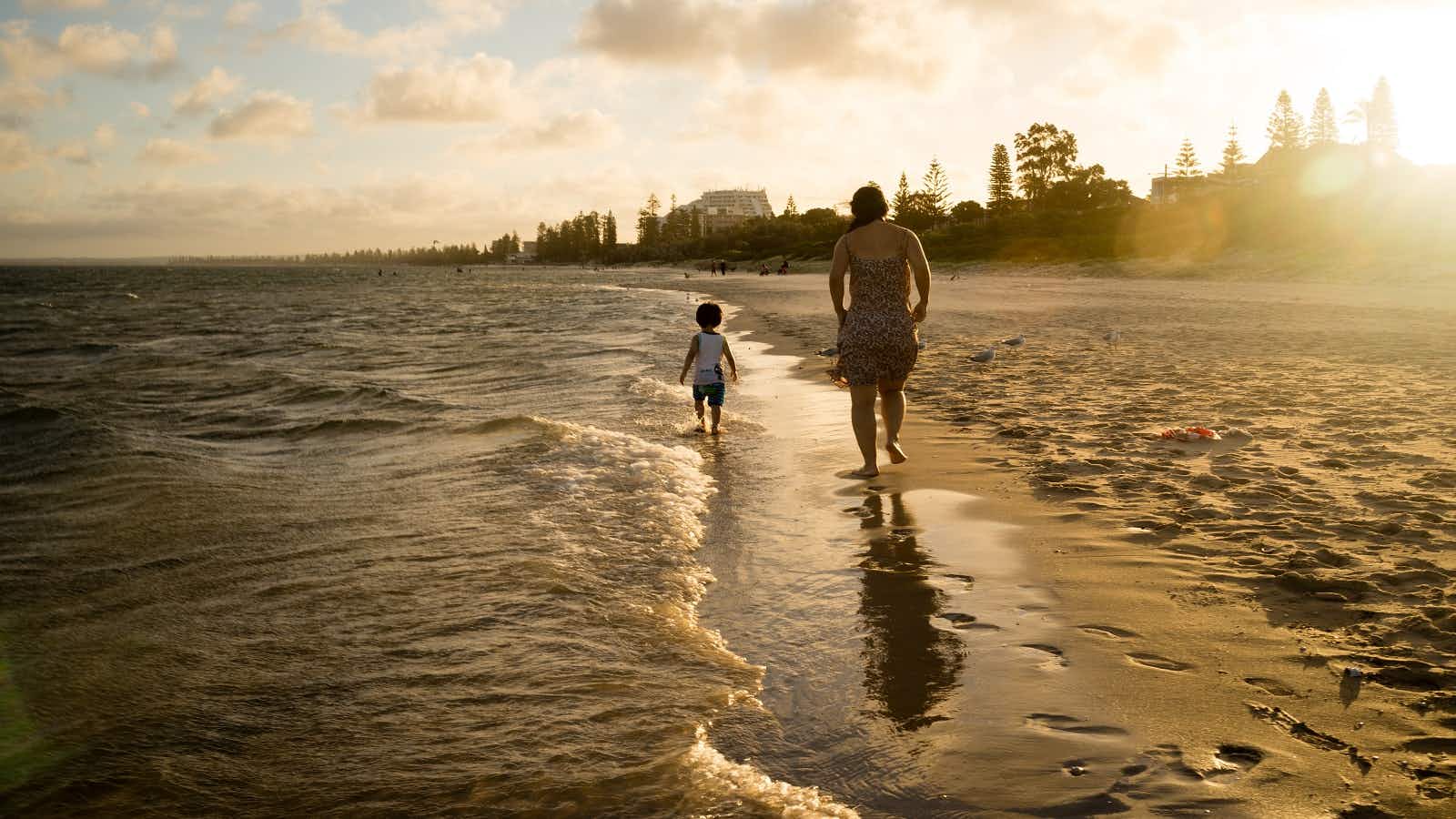 Free things to do in Sydney with kids