After Asia and Europe, North America is one of the continents most affected by the novel coronavirus outbreak. Our writers, many of whom call North America home, have had to cease their research projects and cancel travel plans. Here’s what many of them are saying about their experiences during the pandemic.

Brendan Sainsbury is a freelance travel writer who lives near Vancouver, Canada. As of March 18, the country has closed its border with the US, the longest undefended border on Earth. After Sophie Trudeau, the wife of Prime Minister Justin Trudeau, tested positive for coronavirus, the couple are in self-imposed quarantine.

Like millions of others in the travel and tourism industry, a big question mark hangs over my work-life until the coronavirus pandemic recedes. I was supposed to travel to Alaska in May to research for Lonely Planet, but this will undoubtedly have to be shunted back. More immediately, I was looking forward to visiting my native UK in March to see my 95-year-old father who is currently in hospital after a fall, but with the Canadian government now advising against all foreign travel, I’ve had to cancel.

Apart from a run on toilet rolls, things in British Columbia have been relatively calm so far. Should restrictions be tightened, I’m planning to occupy myself by reading Lord of the Rings in Spanish, improving my piano technique and cooking creative dinners for my wife who’s a doctor and in the front-line. Her workload is increasing just as mine is diminishing.

Alex Leviton in Seattle, Washington, US

Alex Leviton is a freelance travel writer based in Seattle. At time of publication, March 18, Seattle isn’t on lockdown like San Francisco or Italy. However, gatherings of over 50 people are restricted, everything from dine-in restaurants to museums to hair salons are shuttered at least several weeks, and Washington state alone has 904 cases and 48 deaths.

In an ode to seriously bad timing, my partner and I are stuck in a hotel here in Seattle. We’ve been evacuated from a shoddy asbestos job around our home, where we were fully stocked and prepared to “social distance” (we really need a better word for that) for weeks or even months if need be. From our hotel’s view of the usually crowded Lake Union while writing this, I’ve seen … not a single boat or seaplane. Not one. As of this morning, our buffet breakfast is now handed to us pre-boxed from gloved workers.

The novel coronavirus raced through our community early; several friends tested positive after contracting COVID-19 in late February. We were in New York City when their results came back. Our friends are now fine, but we immediately felt this surreal juxtaposition of a quickly disappearing, casual way of life in one city (besides a few face masks, New York was still living in the Before Time) while seeing posts and getting emails about Seattle closing down.

Since returning, Seattle feels like it’s now the After Time. We’ve hosted a “virtual” game night for our quarantined friends and played You Don’t Know Jack games “together” over video chat and our phones. It was such a success – and the laughter so needed – we’re planning on hosting more.

I covered Italy for 12 years, and we have a trip back planned in June. A few weeks ago, the memes about overreacting – first in Seattle, then in Italy, now in New York City – turned to fear, and now acceptance and communal strength. If I didn’t have the worst singing voice in the world, I’d want to belt out opera from our balcony, too.

Alexis Averbuck in Northern California, US

Alexis Averbuck is a travel writer and painter who has lived in rural Santa Cruz County and Sonoma County for a year and a half. Millions of Californians have been ordered to “shelter in place” as businesses and schools have closed across the state.

On Wednesday, March 11, I flew to France to begin research for Lonely Planet, and was based in Paris to begin, with Champagne, Normandy, and the north slated for following weeks. After a first day in a Paris that seemed very normal — boulangeries bustling, café life, etc. — President Macron spoke to the nation and my husband and I realized what would be coming: shutdowns and isolation. We had no idea it would happen as quickly as it did. Simultaneously, the US announced its travel ban for Europe. We were able to get a return ticket for Saturday morning, after the ban was in place.

The crew of the plane had no idea what was coming, and when we landed at San Francisco International Airport, the Center for Disease Control (CDC) was there waiting. They let us off the flight in 10-person lots and on the jetway CDC staff checked our temperatures and then vetted the forms we’d had to fill out and our condition (did we look sweaty or incoherent? More so than normal?). My husband and I cleared that check, but we were given a COVID-19 information and quarantine card and told to go home and self-quarantine for 14 days, while taking our temperatures twice daily.

I take this order very seriously, as I have no desire to accidentally pass the virus to anyone. That has meant we are locked in, seeing no one — my husband’s sister who tried to visit; my elderly mother who is in a senior living community (and should be sequestered anyway).

This has meant that I see the changes rolling through — like a surfer who already caught one wave (in France) as the next wave cascades here — through my window: the internet. Frankly, I am glad these restrictions are coming into place. Italy and its people are suffering horribly with the virus, and my friends there, though upbeat, do not offer happy stories.

Celeste Brash is a freelance writer based in Portland, Oregon, where she's lived for nine years. On March 11, the US announced a ban on all travelers from Europe.

Thursday morning, March 12, I woke up at 6am, with plans to do a huge day of research for Lonely Planet France. Nothing had felt panicked when I’d gone to bed the night before – cafes had been full of people giving each other cheek kisses and sipping Aperol spritzers. Sleepily turning on my phone I was startled by a cacophony of pings: Trump had announced a ban on flights out of most of Europe to the US.

I knew I had to act quickly and decided to fly from Nice to London (not yet on the list) to buy myself some time. The next 24 hours consisted of a frantic shopping spree for cheese, a lot of stressful public transportation and a night at a friend’s place in London. Early Friday morning I checked flights and miraculously British Airways had published low fares for that day. So off I was as crazy as the day before, without even having the time for a coffee before heading to the airport. I arrived in New York six hours before the travel ban started. I have never been so happy to be on connecting long haul flights in the middle seat! Now home in Oregon, I’m self-quarantining for at least 14 days and very, very thankful that I made it.

Los Angeles native John Hecht is a Lonely Planet guidebook writer who has lived in Mexico City for more than 20 years. Mexico's response to the growing pandemic has been slow.

I'll never forget Mexico’s swine flu outbreak in 2009 and that eerie feeling of seeing Mexico City suddenly transform from one of the world’s most overcrowded urban centers into a post-apocalyptic no-man’s land. Under the current coronavirus pandemic, Mexico has yet to enter into full lockdown stage but it appears to be heading in that direction as schools and businesses shut down and a growing number of people become infected.

Given the swine flu experience I feel somewhat prepared for what's coming but like so many people here I have concerns about the seriousness of the coronavirus response up until now. I wonder why Mexico's president has been holding events in which he's seen kissing and hugging random people in the audience. Did he not get the memo about social distancing? And it's beyond me why health authorities allowed a recent Guns N' Roses concert to take place that brought thousands of people together amid the threat of contagion.

On a personal level my lifestyle has undergone some changes but nothing I would consider drastic, especially when compared to what other people in the world have had to endure: I avoid the perennially crowded metro, have stopped going to the gym and, sadly, have kicked my street food habit. Here in my neighborhood (about 3km from downtown Mexico City), I've seen some signs of panic buying in a nearby supermarket, with most of the damage being done on the toilet paper and beer aisles, but things have remained relatively calm under the circumstances. Let's just hope it stays that way over the course of an epidemic expected to last at least three months. Stay safe my friends!

Ethan Gelber was born and raised in New York City. For 10 years, he has lived in Brooklyn with his wife and two sons. On Friday, March 20, the governor ordered a lockdown, requiring "non-essential" businesses to shutter.

For days here in New York City, every hour has sent our emotions spinning. The latest news (or fast-flying rumors!) of mandatory closures, reminders about our ill-prepared hospitals and the rapidly rising number (and tightening web) of confirmed cases are like bullets in a slow-moving but unstoppable barrage that can't be dodged. Writhe though we might, we are being struck.

In my case, I have the demands of two young sons at home and an elderly father who lives 13 miles away alone in Manhattan. I've been challenged to do what's best for all of us, working from home, watching my wife strategize how not to lose her job, helping to home-school our ants-in-their-pants kids and responding to my father's needs. Not too long ago, on my dad's mid-March 91st birthday, he disappointingly but understandably asked us not celebrate with him in person, but I still had to bike over – I'm a long-practiced pedal commuter and preferred to avoid the subway – a few days later to help with shopping.

No matter what we do, though, we've seen what happened in China, Italy and elsewhere in Europe. We're following news of lockdowns across the US and the growing number of positive cases. We know what's coming and that there's nowhere to run.

Fortunately, many of us are making critical protective decisions before our bickering and seemingly ineffectual politicians do. When NYC public schools were contentiously still open, we kept our boys home one Friday and the schools closed two days later. We've anticipated the piecemeal cancellations of all extracurricular activities, not to mention the restrictions on where and how to shop, and the bouts of panic buying that propel us toward collective toilet-papered madness.

Despite it all, nearly everyone I know is clinging to the sane side of panic. Because we're convinced that we'll get through this.

You might also like:
Best travel films and TV shows to stream right now
Coronavirus closed this Chicago aquarium, so the penguins went on a field trip
Ask Tom: Lonely Planet expert answers your pressing travel questions in light of the coronavirus pandemic

The novel coronavirus (COVID-19) is now a global pandemic. Find out what this means for travelers. 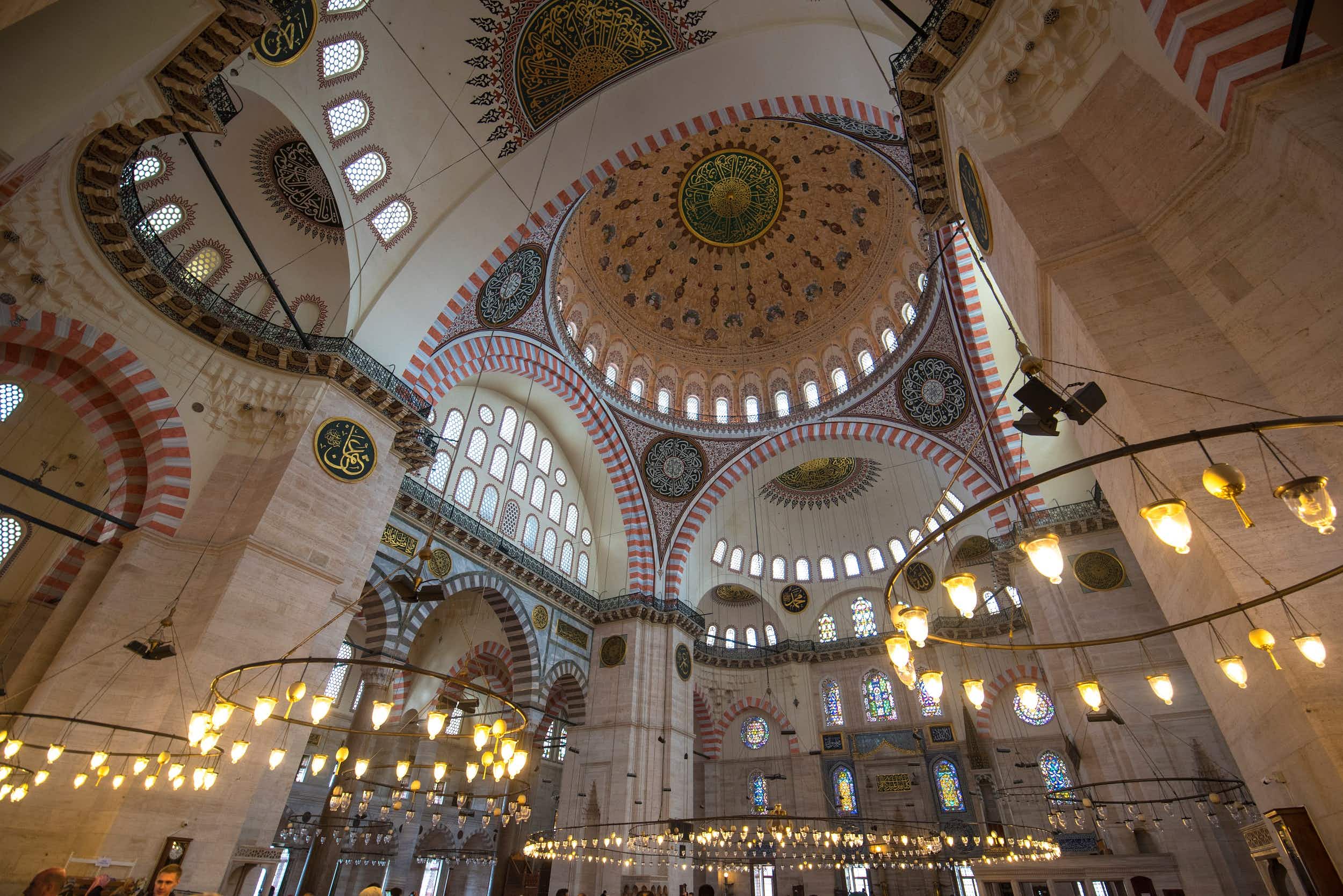 Top 20 free things to do in Istanbul 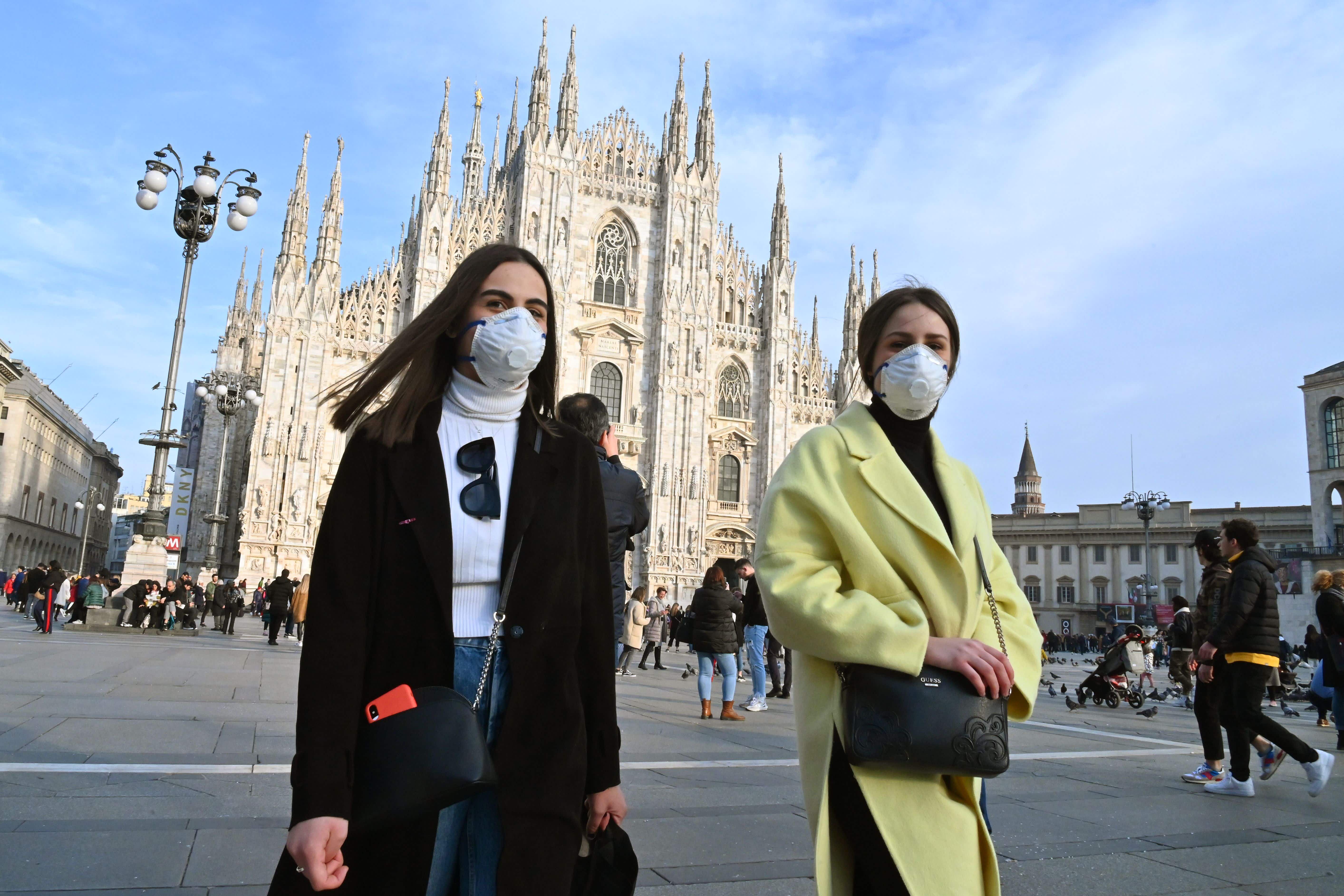