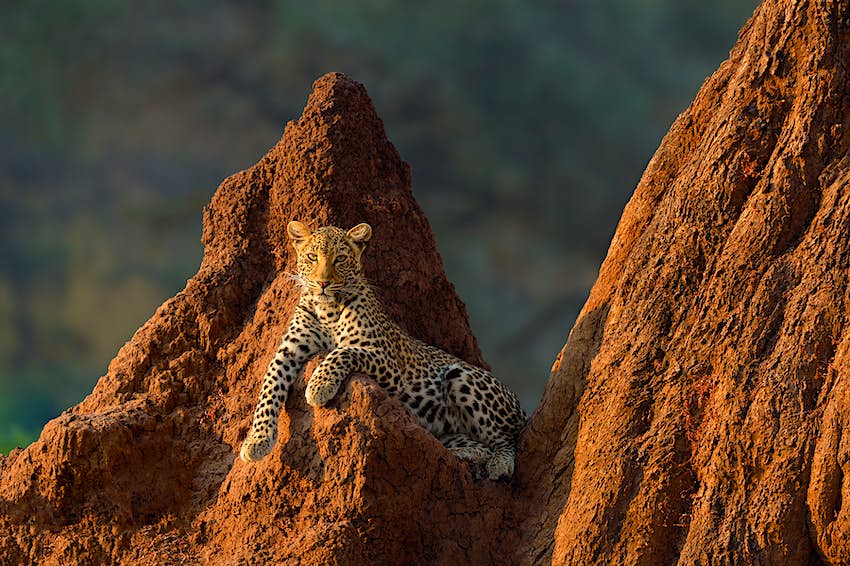 An international conservation effort wants to do away with the traditional “big five” concept in wildlife – originally based on the animals on the African savanna that were the hardest to shoot and kill. Instead the “New Big 5” project aims to create a new list of the top five animals not for hunting, but for photographing.

Enlisting wildlife enthusiasts from all over the world, the project is asking people to vote for their favorite top five animals. The resulting list will form a new bucket list for wildlife lovers and photographers around the globe.

Rather than being limited to Africa, the New Big 5 project includes animals from all around the world, including gorillas, grizzly bears, polar bears, wolves and many more. The results of the vote will be released later this year.

Founded by journalist and photographer Graeme Green, the project has attracted a few major figures in the world of wildlife conservation, including Dr Jane Goodall. “There are so many incredible animals in our world, all fascinating in different ways,” Dr Goodall says of the project. “The animals chosen will reflect the participants’ characters as much as the qualities of the animal themselves. Any project which brings attention to animals, so many of whom are threatened or endangered, is truly important. I hope this project highlights the need to protect the world’s animals.”

The motivation behind the project is a serious message. “The world’s wildlife is in crisis,” reads a statement from the project. “The next ten years are critical. More than a million species are currently at risk of extinction, from icons to ‘unsung heroes’ and little-known cats, frogs, birds, lizards and other species, each too valuable to lose.”

The New Big 5 project hopes to bring attention to all the world's wildlife in all its various forms and the threats they face. "A million species, from iconic animals down to obscure frogs and birds, could die out in our lifetimes, all caused by human activity," Graeme says. "That means that humans are able to change and fix the problem too."

Elsewhere on the New Big 5 site, you can listen to podcast interviews with well-known photographers like Steve McCurry and Ami Vitale, or hear a discussion with Farwiza Farhan, co-founder of the conservation NGO HAkA.

While the current global pandemic was not an impetus for the new project, Graeme Green thinks people are interested in wildlife now more than ever before. "All the evidence suggests the virus came from bats and pangolins in China’s wildlife markets," Graeme says. "The spread of zoonotic diseases from animals has been something scientists have been warning about for more than ten years, warnings which went unheeded, and now we’re all suffering as a result. So people are thinking a lot about wildlife issues right now."

"I’ve been talking to people at wildlife charities and there’s a lot of concern about people living in wildlife areas. National parks in Africa, Asia and elsewhere have shut. Jobs and businesses have gone," Graeme says. "Poaching is also going up as a result, both for bushmeat and for the illegal wildlife trade. "

The original big five – a list that included lions, elephants, leopards, African buffalo and rhinoceroses – was originally coined in the 1800s and referred to the most dangerous animals to hunt on foot. The animals were sought after by trophy hunters. Combined with habitat loss, illegal poaching and other threats, the animals’ populations were decimated throughout the 20th century.

Today, nearly all of the original big five animals are major concerns for wildlife conservationists. The black rhinoceros, long hunted by poachers for their horns, is classified as “critically endangered,” with just over 5500 remaining in the wild, down from 65,000 in the 1970s. The African lion, African leopard and African bush elephant are each classified as “vulnerable,” while the African buffalo is classified as “near threatened.”

You might also like:
Beyond the Big Five: insider tips from a safari guide
Orangutans befriend a romp of otters in Belgian zoo
The best wildlife experiences in the USA