How to live like a Local in Accra, Ghana

Lonely Planet Local Elio Stamm moved to Accra three years ago. Although the humidity and sheer volume of everything were a little overwhelming to start, he quickly fell for the bustling energy and creativity with which the city’s inhabitants go about their daily life. He's since discovered a quickly evolving arts scene, cuisine from four corners of the globe, and that Accranian politeness is even starting to rub off on him.

What I love most about Accra... is its people. No matter how busy the streets of the Makola Market are, the market ladies will always engage patrons in conversation. Taxi drivers – there are more in Accra than in Manhattan – may discuss politics like everywhere else in the world, but here they don't even miss a beat when unhealthy (potentially costly) noises start to emanate from the engine of their car. And young, fellow creatives, working alongside me on their laptops at Café Kwae or Nourish Lab Smoothy's, are always as keen to help as they are in sharing their goals for the future, whether an online app or hipster bag production company. Everyone is on the move, and there is energy evident everywhere.

When I have friends visiting... I send them via taxi to the Independence Square area for a quick look at Ghana’s independence symbols, and then recommend a Jamestown Walking Tour in Accra’s oldest suburb. Its lighthouse tower, fort and crumbling colonial buildings tell of a time gone by, while the fishing village itself – a mix of corrugated iron shacks and clapboard houses along the seafront – offers a sobering look at the poverty and hardships faced by those living here today. But it also speaks to the strength, pride and hope of its people too. The tour itself, run by the community, puts money back into youth programmes. After a day of such powerful and emotional sights, it's worth a good pause for reflection – the JamesTown Cafe right next to the historic Ussher Fort is a great option.

You know you’ve been in Accra a long time when... you add a friendly 'please' to every 'no'. Accra’s inhabitants are a polite bunch of people. It might not always seem to be the case as no one really cares about queuing, and discussions seem to get loud quickly, but if you are ever really in a situation of need there will be many people here to help out. This could be pulling your car out of a ditch, or simply giving you directions when you are lost.

What's new... The arts and culture scene is on the up, with many new venues. But it’s still a relatively small circle, so I often meet the same people at film screenings at the Goethe-Institut or when a new exhibition opens, such as one about Ghanaian coffin culture at the ANO Centre for Cultural Research. But my favourite arts-and-culture hub has to be The Studio, a tiny room without signboard at the Forico Mall in Osu, where photographer Francis Kokoroko and friends occasionally organise art talks and exhibitions that they live stream onto Facebook. Topics can range from Ghanaian movie posters to how the birth of the famous Hiplife music style.

A typical weekend... starts with a visit to the organic Labone Green Market, where my wife stocks up on vegetables for the week and I buy some bagels. After an afternoon of relaxing at home or catching up on admin stuff we often meet friends for dinner at one of the many good restaurants. I really like the pizza at Mamma Mia and the Pad Thai noodles at Zion Thai, or if I feel like some local tilapia (freshwater fish) or chicken I'll head to Chez Clarisse Mama Africa. All three restaurants are in Osu where food and nightlife options are abundant. Traditional Ghanian food such as waake or fufu is also a treat.

When I'm up for a big night out... I first need to make my mind up, as there are many options to choose from. And I also need to show some patience; clubs like Plotseven and Rockstone’s Office don’t really get rocking until well past midnight. I like to bridge the time between dinner and dancing with a drink on the street at Republic, where expats and Ghanaians alike hang out. If I feel like an early Friday night, but would still like to dance (or get convinced to do so by my friends) we usually end at Clear Spice, a disco bar with music from the 1970s, or listen to live music at Badu Lounge.

For a good view...  I head up to SkyBar25 atop West Africa’s tallest building. It contains a restaurant and lounge featuring a blue-lit bar and comfortable seats. The latter is usually members-only, but I've had luck by calling the number listed on the website for a reservation. The Alto Tower is also conveniently close to the air-conditioned Accra Mall, a place full of shops and a multiplex cinema for the hotter days when walking around town or the big markets can be too tiring.

One thing I hate about Accra... is the lack of nature. It is a city on the sea without a promenade or clean beach, and lacks a lovely park to recover in on a Sunday. If I feel like relaxing, I either  leave town to go to one of the nearby beaches such as Bojo, or (if I don’t find the energy to drive) visit one of the big hotels to lounge by its pool. I prefer the Mövenpick Ambassador Hotel for its sizable pool and vast green surroundings – it's a little oasis in the central business district. In the colder season from June to September it's also nice to go for walks and a coffee in the few quieter suburbs such as Labone, Cantonments or Airport Residential. 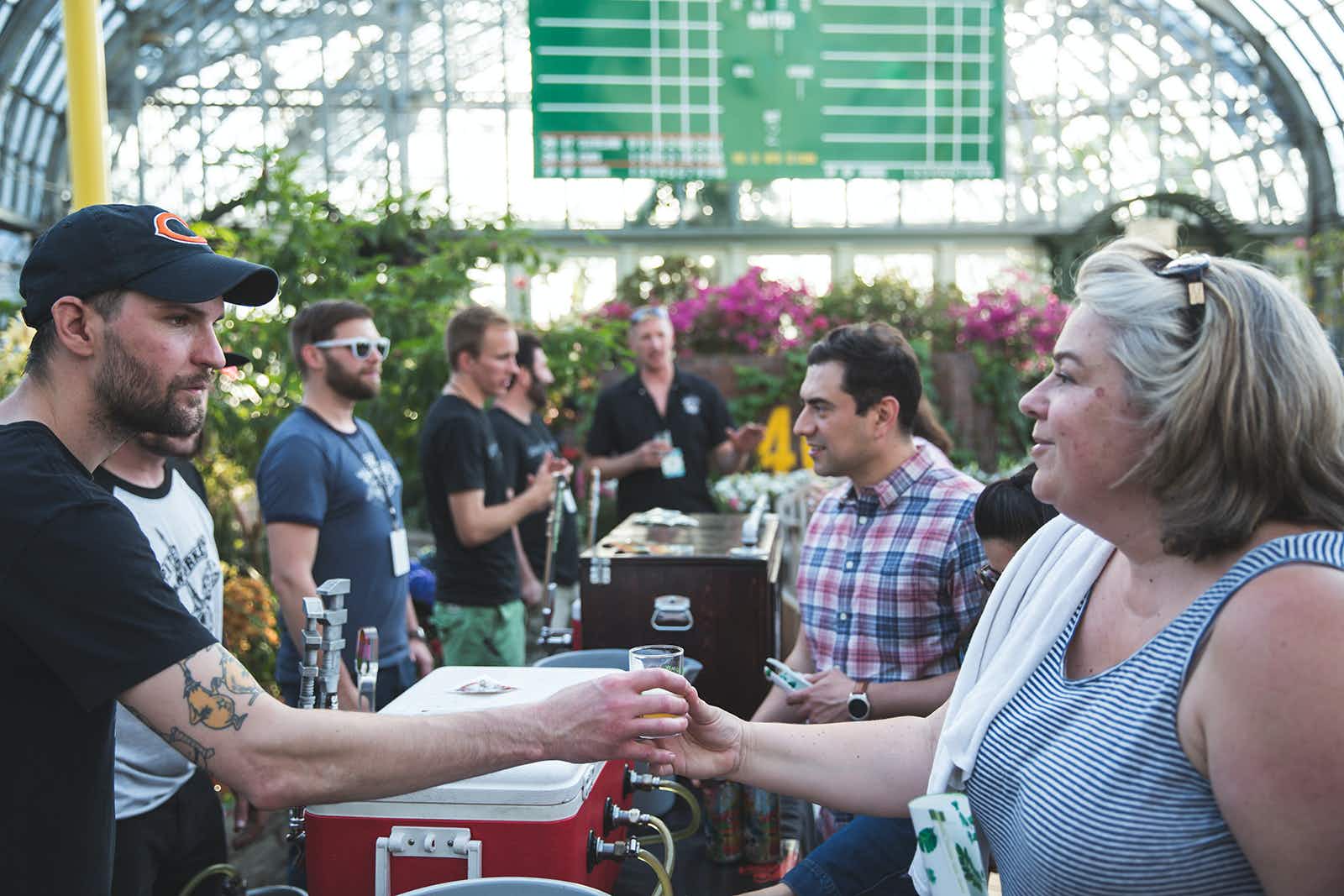 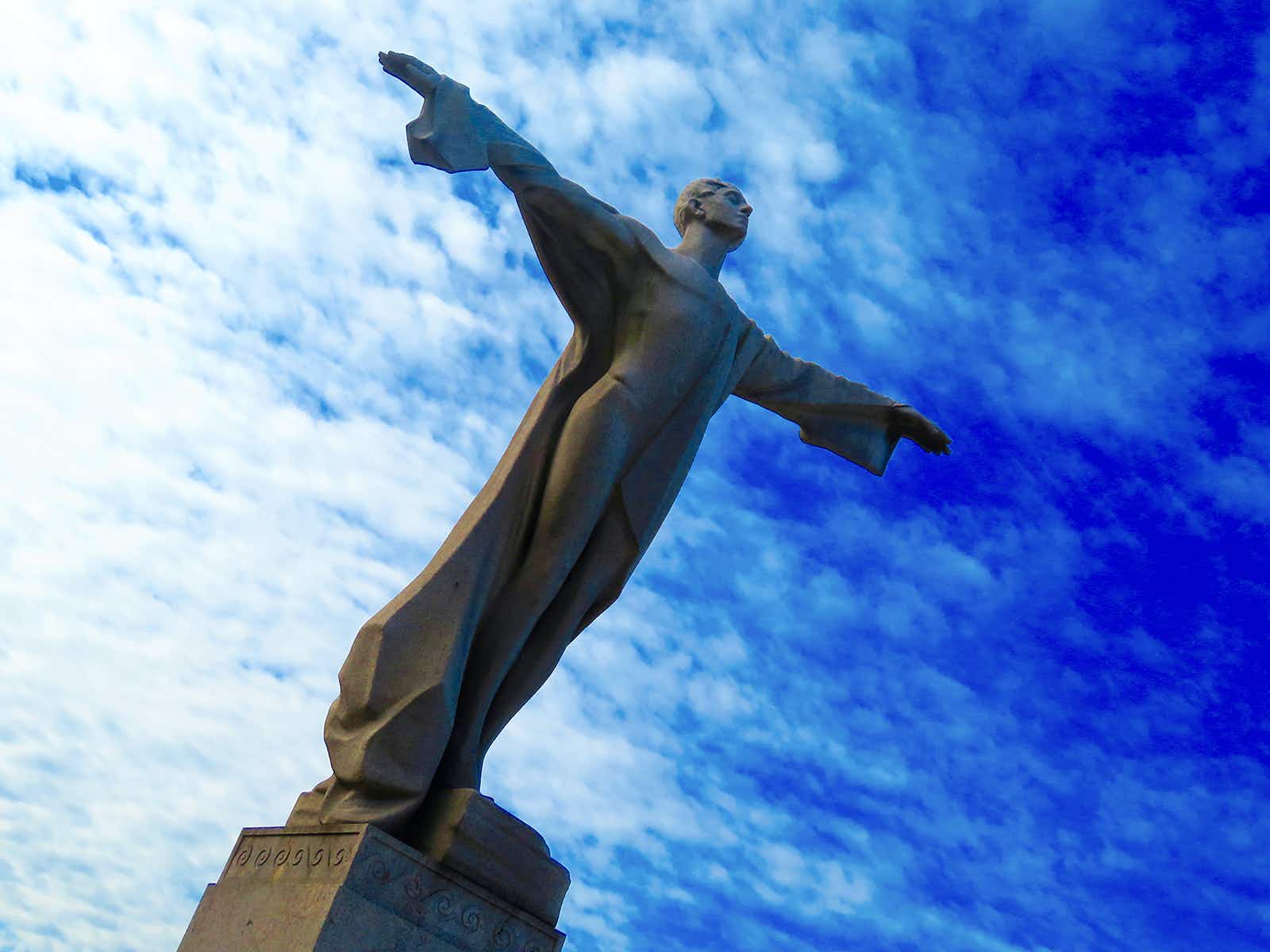